No One Built This Country on Their Own 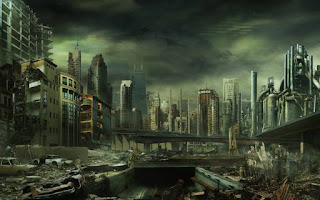 I am now following the President on Twitter, and I just viewed a tweet that said the most famous Twitter quote from the President during the State of the Union Address was "No one built this country on their own." I vaguely remember the President saying that, and I wish that I could remember the context. My guess is he is referring to the collective effort and will of the people.  This is true in a sense.  I mean, it is good when people are unified, isn't it?  I think it depends on what they are unified under. If you isolate the quote and think about it in light of the truth, he is right. Who built this country? You guessed it! God did.  The maker of the heavens and the earth. Jehovah, Elohim! The Father, Son, and Holy Spirit. One in three, three in One. Nothing is built without the providential hand of God.  Men were unified under God when building this nation. I find it fascinating that the President didn't mention this.  Unless the Lord build the house, they labor in vain who build it; Unless the Lord guards the city, the watchman stays awake in vain (Psalm 127:1).  Even things that man means for evil, God means for good (Genesis 50:20). God's will be done. The question is: "Who is with Him?" If the country, it's leaders, and the watchmen aren't with God, I am concerned for the preservation of our country. When this great country was built, men took Biblical principles and applied it to form our Constitution, Declaration of Independence, and the Bill of Rights. God is just and merciful.  Every man should be free under God.  This is the way of faith and truth.  Much has changed since then, and now many do not see as people once did in our great land. Men are tearing down the sacred monuments and memory of our great heritage. They are building cages for people in the form of safety based on fear.  They are afraid of free men and women. On the other side, men have become proud, selfish, arrogant, vain, dishonest, adulterers, murderers, fornicators, mockers, vile in speech, vile in thought, vile in deed, lawless, and the list goes on. Why and when exactly I don't know. I think it is because men have forgotten God, and therefore "God has shown strength with His arm; He has scattered the proud in the imagination of their hearts (Luke1:51)." Politicians down to the common man. Listen to David from the Psalms Chapter 2:


Why do the nations rage,
And the people plot a vain thing?
The kings of the earth set themselves,
And the rulers take counsel together,
Against the Lord and against His Anointed, saying,
“Let us break Their bonds in pieces
And cast away Their cords from us.”

He who sits in the heavens shall laugh;
The Lord shall hold them in derision.
Then He shall speak to them in His wrath,
And distress them in His deep displeasure:
“Yet I have set My King
On My holy hill of Zion.”
“I will declare the decree:
The Lord has said to Me,
‘You are My Son,
Today I have begotten You.
Ask of Me, and I will give You
The nations for Your inheritance,
And the ends of the earth for Your possession.
You shall break them with a rod of iron;
You shall dash them to pieces like a potter’s vessel.’”
Now therefore, be wise, O kings;
Be instructed, you judges of the earth.
Serve the Lord with fear,
And rejoice with trembling.
Kiss the Son, lest He be angry,
And you perish in the way,
When His wrath is kindled but a little.

Blessed are all those who put their trust in Him.