A Rebuttal of James White's book, The King James Only Controversy 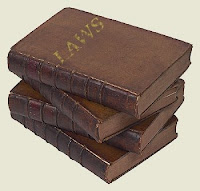 I am not a KJV onlyist per se, but I have strong beliefs that the best bible translation is the KJV. Mainly because of the historical, prophetical, and textual evidence.  For church I typically use the NKJV because it comes from the Traditional manuscripts and is more modern in its translation.

In light of my preferences, I am not a huge fan of modern textual criticism. I think it has some merit, but has been influenced largely with a postmodern mindset just like the other sciences.  There is too much modern philosophy and secular thought inserted into the overall analysis of this science. The battle to preserve a pure Greek text of the New Testament, and a pure text of the Old Testament has been going on for centuries. However, something changed in the late 19th century and has influenced the Christian faith in somewhat of a detrimental fashion.  There are groups in the past who sought to corrupt through deceit, and others unknowingly followed.  Many do not realize that modern scholarship has not been totally unbiased and objective when presenting the evidence concerning ancient manuscripts and church history.  I am more interested in the facts than the opinions of men. I think there are many more who would change their stance when doing the research. It is amazing what you find out when researching this topic. I believe a good knowledge of church history is important when studying this issue along with the textual evidence.

Attached is a link to a book review of Dr. James White's book "The King James Only Controversy." I read this book during my one year in seminary, and it challenged me to do further research on this subject.  I agree with the historical facts concerning the writer's analysis, but I am not in full agreement with him on some of his opinions such as this issue being a fellowship breaker and the NKJV being a bad translation.  I go to a church right now that uses the ESV as the primary translation.  I don't fully agree with their choice, but their Theology is sound and they are a Biblical church.  The ESV is a good translation of the USB's (United Bible Society) 4th edition manuscripts, and at this point as far as I can tell, it does not eliminate any major doctrine from the Bible as a whole.  The situation is a little different when looking at individual texts.  Now, the only reason that the USB manuscripts aren't too far out of touch with the traditional is that they had to borrow from the traditional to fill in some gaps.  If we relied entirely on the "Oldest manuscripts" then we truly would have a different message. In spite of all of this, since the USB is a good hybrid of traditional majority manuscripts and the Critical manuscripts, we fortunately do not see any major doctrinal shift in our translations. So if you use a new version and there are verses missing compared to the KJV, NKJV, Geneva Bible, etc.. then you can find another verse in your Bible that teaches that doctrine.  One example would be the absence of 1 John 5:7.  It is a Trinitarian verse and it is missing in most new translations but you can find many other places in your Bible where the Trinity is taught.  That is why it isn't a fellowship breaker for me. Now, if the scholars continue to delete texts from the Scripture like the story of the woman caught in adultery and the ending of Mark, then I may have to re-evaluate.

I think most modern scholars today have good intentions, but I am not so sure about those who started this proverbial snowball of an issue.  Check out the link, and I hope this will encourage further research into the issue.  I also encourage you to read James White's book.  I think the book review is correct on White not being totally objective, but White also makes some good points.  All Bible believing Christians need to study the subject. Mainly to be informed of what the "experts" have been doing with "The Holy Word of God."


A Rebuttal of James White's book, "The King James Only Controversy"