Internal and External Evidence for 1 John 5:7 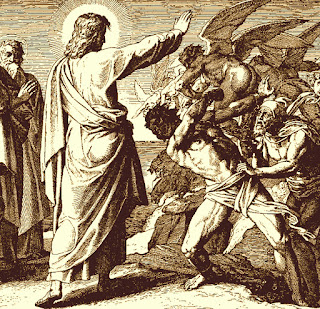 There is some information I compiled some time ago on the text of 1 John 5:7 just below this paragraph. I don't exactly remember the sources that the info came from, but I do know that the historical and referenced texts are valid. Most scholars, and even ones in my camp do not believe that 1 John 5:7 belongs in the Bible. However, the evidence below has convinced me that Christians shouldn't be so eager to throw aside the text. I am not convinced and haven't seen any compelling evidence that this text needs deletion. All I have seen are scholars postulating theories with doubtful presuppositions. I personally think that Christians should stay with the texts that have been traditionally preserved over the years through scribal transmission. There is a reason 1 John 5:7 was added, and also the other texts that have been removed from the modern critical Greek texts. I do appreciate the desire of professional textual critics to try and reconstruct an "original text." However, that comes with the presupposition that the original hasn't been preserved through copying (Psalm 12:6-7). I submit that I could be wrong, but I just don't think so. I would rather be safe than sorry. Therefore, I accept the text as inspired.

1 John 5:7 NKJV
"For there are three that bear witness in heaven: the Father, the Word, and the Holy Spirit; and these three are one."

The passage is called the Johannine Comma and is "not" found in the majority of Greek manuscripts. However, the verse is a wonderful testimony to the Trinity and should be preserved in our English versions, not only because of its doctrinal significance but because of the external and internal evidence that testify to its authenticity.

"In that place particularly where we read about the unity of the Trinity which is placed in the First Epistle of John, in which also the names of three, i.e. of water, of blood, and of spirit, do they place in their edition and omitting the testimony of the Father; and the Word, and the Spirit in which the catholic faith is especially confirmed and the single substance of the Father, the Son and the Holy Spirit is confirmed."

Other church fathers are also known to have quoted the Comma. Although some have questioned if Cyprian (258 AD) knew of the Comma, his citation certainly suggests that he did. He writes:

"The Lord says, 'I and the Father are one' and likewise it is written of the Father and the Son and the Holy Spirit, 'And these three are one'."

Also, there is no doubt that Priscillian (385 AD) cites the Comma:

Likewise, the anti-Arian work compiled by an unknown writer, the Varimadum (380 AD) states:

"And John the Evangelist says, . . . 'And there are three who give testimony in heaven, the Father, the Word, and the Spirit, and these three are one'."

Additionally, Cassian (435 AD), Cassiodorus (580 AD), and a host of other African and Western bishops in subsequent centuries have cited the Comma. Therefore, we see that the reading has massive and ancient textual support apart from the Greek witnesses.

Internal Evidence: The structure of the Comma is certainly Johannine in style. John is noted for referring to Christ as "the Word." If 1 John 5:7 were an interpretation of verse eight, as some have suggested, than we would expect the verse to use "Son" instead of "Word." However, the verse uses the Greek word logos, which is uniquely in the style of John and provides evidence of its genuineness. Also, we find John drawing parallels between the Trinity and what they testify (1 John 4:13-14). Therefore, it comes as no surprise to find a parallel of witnesses containing groups of three, one heavenly and one earthly.

"The strongest evidence, however, is found in the Greek text itself." Looking at 1 John 5:8, there are three nouns which, in Greek, stand in the neuter (Spirit, water, and blood). However, they are followed by a participle that is masculine. The Greek phrase here is oi marturountes (who bare witness). Those who know the Greek language understand this to be poor grammar if left to stand on its own. Even more noticeably, verse six has the same participle but stands in the neuter (Gk.: to marturoun). Why are three neuter nouns supported with a masculine participle? The answer is found if we include verse seven. There we have two masculine nouns (Father and Son) followed by a neuter noun (Spirit). The verse also has the Greek masculine participle oi marturountes. With this clause introducing verse eight, it is very proper for the participle in verse eight to be masculine, because of the masculine nouns in verse seven. But if verse seven were not there it would become improper Greek grammar.

Even though Gregory of Nazianzus (390 AD) does not testify to the authenticity of the Comma, he makes mention of the flawed grammar resulting from its absence. In his Theological Orientations he writes referring to John:

It is clear that Gregory recognized the inconsistency with Greek grammar if all we have are verses six and eight without verse seven. Other scholars have recognized the same thing. This was the argument of Robert Dabney of Union Theological Seminary in his book, The Doctrinal Various Readings of the New Testament Greek (1891). Bishop Middleton in his book, Doctrine of the Greek Article, argues that verse seven must be a part of the text according to the Greek structure of the passage. Even in the famous commentary by Matthew Henry, there is a note stating that we must have verse seven if we are to have proper Greek in verse eight.

"The first and second editions of Erasmus' Greek text did not contain the Comma." It is generally reported that Erasmus promised to include the Comma in his third edition if a single manuscript containing the Comma could be produced. A Franciscan friar named Froy (or Roy) forged a Greek text containing it by translating the Comma from the Latin into Greek. Erasmus was then presented with this falsified manuscript and, being faithful to his word, reluctantly included the Comma in the 1522 edition.

"However, as has now been admitted by Dr. Bruce Metzger, this story is apocryphal (The Text Of The New Testament, p. 291). Metzger notes that H. J. de Jonge, a respected specialist on Erasmus, has established that there is no evidence of such events occurring. Therefore, opponents of the Comma in light of the historical facts should no longer affirm this report."

Below are some historical references where Church Fathers mention1 John 5:7 in their writings, from about 200 AD through the 1500s:

The Vaudois
Now the "Waldensian," or "Vaudois" Bibles stretch from about 157 to the 1400s AD. The fact is, according to John Calvin's successor Theodore Beza, that the Vaudois received the Scriptures from missionaries of Antioch of Syria in the 120s AD and finished translating it into their Latin language by 157 AD. This Bible was passed down from generation, until the Reformation of the 1500s, when the Protestants translated the Vaudois Bible into French, Italian, etc. This Bible carries heavy weight when finding out what God really said. John Wesley and Jonathan Edwards believed, as most of the Reformers, that the Vaudois were the descendants of the true Christians, and that they preserved the Christian faith for the Bible-believing Christians today.

The evidence of history shows us that the Roman Catholic Church was relentless in its effort to destroy the Vaudois and their Bible. But the Vaudois were successful in preserving God's words to the days of the Reformation. They not only preserved the Scriptures, but they show to what lengths God would go to keep his promise (Psalm 12:6-7)

The moderator will review the comments at his earliest convenience.