Swimming in the Merciful Waters of Your Grace - Menno Simons 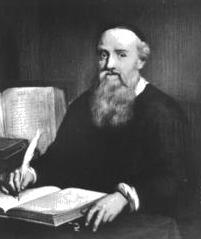 Swimming in the Merciful Waters of Your Grace


Lord of hosts!
When I swim in the merciful waters of Your grace,
I find that I can neither plumb nor measure the depths.
Your compassion is the greatest of all Your works.
Lord, who ever came to you with a devout heart and was turned away?
Who ever sought You and did not find You?
Who ever desired aid from You and was not given help?
Who ever prayed for Your grace and did not receive it?
Who ever called upon You and was not heard?
Yes, beloved Lord, how many You have received in grace
when according to Your strict sense of justice
they would have deserved something else.
Adam departed from You
and believed the counsel of the serpent.
He transgressed Your covenant
and became for You a child of death.
But Your fatherly love
would not allow Him to be thrown aside.
In grace You sought after Him,
You called and admonished Him
and covered His nakedness with pelts of fur.
You mercifully comforted Him
with a promise concerning His seed.
Paul, Your chosen vessel, was at one time like a roaring lion
and a ravaging wolf against Your holy mountain.
Yet You shone Your grace upon Him
and enlightened His blindness.
You called Him from heaven
and chose Him to be an apostle and servant in Your house.
Beloved Lord,
I am the greatest of sinners and the least among the saints.
I am unworthy to be called Your child or servant,
for I have sinned against heaven and before You.
There was a time when I opposed Your glorious Word
and Your holy will with all my power.
Yet this miserable sinner was never abandoned by Your fatherly grace.
You accepted me in love
and converted me to a new understanding.
You led me with Your right hand
and taught me through Your Holy Spirit.
Then by my own free will
I began also to strive against the world, the flesh, and the devil.
I renounced all my comforts, serenity, honor and easy living
and willingly took upon myself the heavy cross of the Lord Jesus Christ.
Now I also am an inheritor of that promised kingdom
with all servants of God and disciples of Christ.
So again I say, Your mercy is the greatest of all Your works.
Therefore, beloved Lord…
Consider Your great goodness
in which all take part who have placed their hope
in Your holy name and gracious mercy since the beginning of the world.