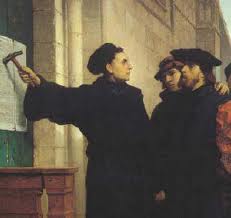 I recently purchased a Greek Orthodox Study Bible from Thomas Nelson Publishers. As many of you know, I prefer the traditional text of the New Testament over the modern modified text. However, what I didn't know at the time I purchased it, the Old Testament is based on the Septuagint. It reads a little different, but is helpful in some ways since Greek is closer to English than Hebrew, and those that translated the Septuagint from the Hebrew knew Hebrew better than our scholars do today. So far I haven't found much disagreement with the study notes in the Study Bible. 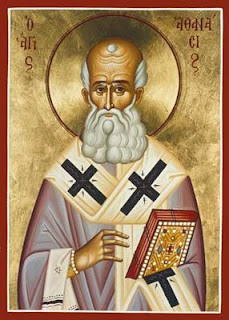 I asked my mother on Sunday about the Lutheran perspective of the Septuagint (My mom and dad are Lutheran), the Apocrypha, and the Greek Orthodox Church. She didn't know off hand, but connected me with some really good resources that I would like to share with you. Most of the time, I have read church history in relation to the Roman Catholic Church. Not much is said about the Greek Orthodox Church except for the East-West Schism that occurred around the beginning of the first millennium. The short version is that the Roman church wanted to deviate from the traditional Christian model of having a bishop over a church in each town. The Bishop in Rome wanted to set himself up as an overseer and potentate on earth over the entire church system in the world. I forget the guys name, but he had a lot of influence because Rome was still a great center of power and money in the world at the time. The Eastern churches rejected the idea of a Pope, and split. They wanted to stick with the traditional Christian prescription of Church Government. Their main center was in Constantinople. However, the invasion of the Arab Muslims caused the Eastern Church to lose a lot of strength even before the split, and many Christian documents and artifacts were destroyed (That is probably why modern scholars cannot find any older manuscripts of the Traditional Text than we have) and much was lost concerning the history of the Eastern Church.

When my mom sent me the links I am placing below, I didn't know that the Reformers tried to make contact with the Greek Orthodox church in the 16th century. Martin Luther spoke favorably about the Greek Church and could certainly sympathize with their break from Rome many years before. Luther himself never made contact, nor did he try, but many other reformers did. Below is a couple of links to sites that describe the history and dialogue between the Reformers of the West, and the Orthodox Church in the East many years ago.

What did the reformers think about the Eastern Orthodox Church?