Lists of Known Extinct Animals In The World 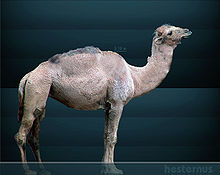 My sons are very interested in nature and so am I. We love to go to the State Parks here in Arkansas and hike around to look at the beauty and wonder of God's creation. My wife enjoys it too and I can say that it has become one of our most favorite family outings. As we study the Bible and the history that surrounds life along with the discovered and recorded history of nature, I realize that there isn't much mention of the extinct animals on our planet with dinosaurs being an exception. If you asked me before today what is extinct, I might have told you about the Dodo bird or the great Auroch. However, I couldn't tell you much beyond that.

Recently I found some good links to many of the extinct animals that come from each continent on the planet. I am thankful that Wikipedia has this list. After reading the list and the information about each animal, I learned things that I had never read before. One example would be that Europe once had jackals and hippopotamus's. North America once had a species of cheetah, and there is so much more.

I personally don't agree with the evolutionary stance the writers of the linked articles take, but I think as you look and read them, you will be able to sift out fact from theory.  You will have to reason through the proposed dispensational periods and other manufactured ideas. The dating system is primarily based on the geologic column and is somewhat unreliable. According to the science behind testing fossil and rocks, scientists aren't always open about how they come to the very old dates. One example would be Carbon 14 dating. At the oldest, one might could squeeze out 10,000 years due to the current rate of decay. The millions or billions of years involves a great deal of Darwinian magic. You will have to read through claims that the animals weren't a product of crossbreeding and adaptation, but rather evolutionary transformation. Nevertheless, I still think it is very interesting. When sizing up the methods mentioned above, scientists usually add a lot more theory than is advertised. Almost all of the Evolutionary Theory is a product of invented religion.

I have a theory. Maybe these animals were alive with the dinosaurs before the flood, and lived in the land when the environment was different and men lived to be 900 years old. Maybe they were taken on the ark with Noah (Noah could have taken babies onto the Ark by the way). The Bible teaches that since the fall of man the world is subject to futility and that the present world is decaying and fading away. After the flood, we can observe through the record of Scripture that something changed in the environment to shorten the life of men and presumably animals. God also gave Noah and his sons permission to use animals for food. This is another indicator that the environment changed. Animals weren't necessary for food before the flood. There are many ideas as to what the pre-flood environment was like, and the Bible doesn't go into much detail on how it changed. We just know it did. When reading the revealed testimony and the scientific evidence, one can begin to put the pieces together.

I personally believe that the animals that are now extinct (including the dinosaurs!) were hunted out, destroyed by famine, or driven out by human settlement and industry. As human populations have expanded and spread out since the flood, many animals have been killed off either for food or to be eradicated because they were a nuisance. Some species were thought to be extinct and have been rediscovered in recent days. There is so much that hasn't been shared or relayed to the general public on this issue that I imagine we do not know the half of it. Remember that you don't have to have a doctorate to study and understand these things. You can teach yourself. There are many in government and industry who have rewritten history, science, and even the Bible. They have invaded most of the World's Universities. I think it is time to learn the truth, dig for evidence, and learn to think. I hope you will enjoy the links and gain understanding as you see the Bible confirmed by witnessing the scientific evidence revealed in nature due to the Fall of our parents, Adam and Eve. I think this will open doors that will lead to a better understanding of  the constant decay, corruption, and unnatural death in the world.  Below is the master link. Enjoy.

Lists of Known extinct animals In The World