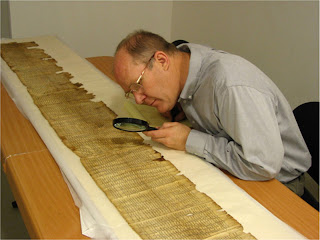 Some of you may know who Dr. Kent Hovind is. He is the founder of Creation Science Evangelism, an organization now modified and run by his son Eric Hovind and Paul Taylor. It is now called: "Creation Today." Dr. Kent Hovind did get in trouble a few years ago with the IRS and is serving time in Federal prison. Some say his arrest was unjust, and some say it was just. I have to be honest, I don't know enough about it to know whether or not it was or wasn't. I do know that Dr. Hovind has done a lot of work on Creation Science, and has been helpful in stirring up thought concerning the issues of Creationism and Evolutionism. Even though he tends to latch on to conspiracy theories at times (which is evident in the videos below!), he has brought out more good information on the issue of Intelligent Design. So to quote Dr. Hovind: "You have to eat the meat and spit out the bones!" I do think that his son has done a great job in taking on the task of rebuilding the family ministry. Adding Paul Taylor to the mix was a good move on his part I think.

Dr. Kent Hovind did a video some years ago about the Bible translation and manuscript issue. I was once a KJV onlyist and certainly was taken in by his logic and casual style in Hovind's video. Nevertheless, you will find in the critique below by Dr. James White that Hovind's analysis of the information is very poor and can be hurtful when presenting the issue of Bible manuscripts in apologetic discussions. I think Hovind's analysis was well intentioned nonetheless, but not accurate. I have been studying the Bible textual issue as a layman since my conversion in 1998, and I can say that Dr. White is "right on the money" in his critique. I do not agree with some of White's conclusions concerning the critical text verses the traditional text. I do prefer the Byzantine line of manuscripts over the Alexandrian for various reasons, and I do think they are more in line with the originals. However, that is a theory and another blog post.

I probably would be considered a liberal as far as the issue of Bible manuscripts because I accept all of them and think they all are valuable for building up in righteousness. I even believe that 1 John 5:7 in the traditional text is inspired, and that there is a good reason for the textual difficulty. I am currently in the process of reading an English version of the Greek Septuagint, and it is different in some places than the Masoretic, but I believe it to be inspired and helpful in my growth as a Christian. My view is that as long as the English translation is a literal one to the texts that they come from, then it is a good and inspired translation. That is why I can sit under a pastor who uses the ESV Bible. I don't agree with the premise of the textual critics who formulated the modern critical Greek texts, but if you read a version like the ESV next to the NKJV for example, which comes from a predominant Byzantine line of witnesses, you will find that they do not differ very much at all.

I had a hard time for many years concerning this issue, and in all truth, you will drive yourself crazy trying to figure it all out. Nevertheless, I think that what we have is what God wants us to have, and we should be thankful and realize that we are so far removed from the originals, we don't know exactly how they looked. What I do know is that all Bible manuscripts have a common ancestor, and they have been well preserved considering the massive persecution, censoring, and suppression throughout the centuries. The truth is that the variations are so minor that even though there are some variants in the witnesses, the basic tenets of the faith aren't modified in any way. You can read a KJV next to an NASB and come to the same conclusions concerning the faith if you read them with all honesty and faith. God is living, and He will reveal to you what He wills.