- September 10, 2012
The following post I took from The Cripplegate.com. It is one of the best blog posts I have seen on the issue of accountability among Christian brethren. I think this is helpful for men and women, and should be practiced. I am thankful to all of those throughout the years that have held me accountable of my sins and helped me restore my fellowship with God and the Church. You are my true friends. 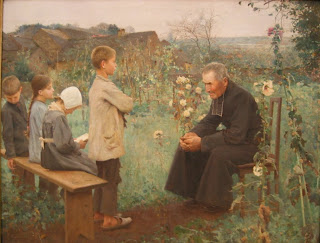 Over the past two weeks, I’ve been dwelling on the nature of true Christian fellowship. Two weeks ago, I spoke about the necessity for Christians to improve the quality of our every-day, relaxed conversation with one another. Last week, we looked at Romans 15:14–16 and Acts 20:17–38, and discovered that the Apostle Paul considered the ministry of admonition, or confrontation of sin, to be a vital one in the lives of believers and in the health of the church.
Having seen the value and worth with which the Apostle esteems the ministry of rebuke, I want to both underscore that lesson from other Scriptures and then apply it to our lives. As an outline, we’ll look at (1) the necessity of giving rebuke, (2) the necessity of receiving rebuke, and (3) the benefit of even desiring and inviting rebuke. Next week, we’ll look finally at (4) the reason—or motivation—for rebuke.

Giving Rebuke
When it comes to lovingly coming along side our brothers and making them aware of some sin that we’ve perceived in them, we can tend to be timid and hesitant. Some of us just don’t want to be perceived as arrogant, like we’ve got everything together when there’s a plank in our own eye. Some fear, despite our good intentions, that our brother or sister will take our correction the wrong way, and won’t receive us as loving. So we rationalize not saying anything and call it love “covering” a multitude of sins. Others are simply afraid of the person’s response, fearing that they will be hostile and that the confrontation of sin might result in damage to the friendship. But the Scriptures tell us that we must be faithful in our ministry to our brothers and sisters by giving rebuke.
The sage says that friends afflict with faithful wounds, and enemies deceive with flattery and kisses. You are an enemy to your brother if you fail to wound him faithfully. Solomon also says that when all is said and done you will find more favor than if you only sweep things under the rug and give your brother a false assurance in their sin.

Paul tells us in 2 Timothy 3:16 that we are given Scripture for this very purpose: “All Scripture is inspired by God and profitable for teaching, for reproof, for correction, for training in righteousness.” And he follows that up with the charge to Timothy to “preach the word; be ready in season and out of season; reprove, rebuke, exhort, with great patience and instruction” (2Tim 4:2). In 1 Timothy 5:20, he commands Timothy concerning those who continue in sin, “rebuke in the presence of all, so that the rest also will be fearful of sinning.” The exposing of sin not only seeks to restore the sinner, but also serves as a help to others who are tempted to sin.
And as we’ve seen, Paul was no stranger to this ministry of rebuke in his own life. He considered it profitable for the sake of his brothers and for the sake of the Gospel. Neither was he a stranger to public rebuke, as he reported in Galatians 2:11–14. This really is a striking passage of Scripture. Paul publicly rebukes Peter, the great preacher of the early church, the miracle-worker, the bold leader before the threats of the Sanhedrin. But Paul wasn’t intimidated by such a resume. And it wasn’t like he was going after an enemy. This was his dear friend and brother in the Lord. This is someone he has deep affection for and whom he loves as a brother. And yet he feels no hesitation about rebuking him sharply (“I opposed him to his face”) and publicly (“in the presence of all”), accusing him of perverting the Gospel. No small charge!
But this is not Paul being overly sensitive to sin and overly harsh with his fellow believers. This is love, stretching to very uncomfortable and unpleasant actions to serve the one in error. If anything, this interaction should teach us that as Christians, we have a responsibility—even a stewardship—to confront and correct our brother when we see him sinning. Because by that sin he cuts himself off from the blessings of God that flow from obedience, and love desires that such benefits and blessings be enjoyed.

We are also commanded to receive rebuke well. As I mentioned above, one of the reasons it is so difficult to be faithful in giving needed rebuke is that those on the receiving end receive it so poorly. This should not be us. We should not by our attitudes put stumbling blocks in the way of our own correction. We want to be corrected when we are wrong, and so we must seek to remove any bad attitudes that would hinder a brother confronting us with our sin in love. Consider what the Scriptures say about those who receive rebuke well.
To summarize: If you (a) love discipline, (b) listen to reproof, and (c) receive counsel and rebuke, you are (i) wise, (ii) love knowledge, (iii) are on the path of life, (iv) have wisdom, and (v) acquire understanding.
On the other hand: If you refuse to receive rebuke, you will go astray, know nothing but strife, effectively despise your own self, and are a stupid fool. Strong language from Solomon. And yet, there it is: clear, inescapable, and gracious revelation from God for our benefit.
Desiring and Inviting Rebuke
In fact, Scripture takes it further than receiving rebuke well. We see godly men going out of their way to invite rebuke and correction lest they should go astray.

The smite of the righteous reproof is kind, David says. It is an anointing of oil. It refreshes and perfumes. It sweetens and renews. “Let the righteous do so to me,” he says. He invites the reproof of wise men. And again the psalmist pronounces blessing upon the one whom the Lord chastens, or disciplines. These men desired and even invited godly discipline upon their lives. We would be wise to view ourselves as smitten in kindness by the reproof of the righteous—to count ourselves blessed to receive the loving discipline of the Lord. And so we should seek it out.

Summary
So, three things to take away from this post and seek to apply to your lives:
1. Commit to responsibly and lovingly give rebuke, according to goodness and knowledge (Rom 15:14), when it will benefit your brothers and sisters.
2. Resolve that you will humbly and wisely receive rebuke from your brothers and sisters. Let it not be that your first impulse to hearing correction is to defend yourself. You don’t have to be captive to the conscience of every legalist with a pet peeve. But at the very least, consider what they have to say. Examine yourself. You’re not above any accusation that could be leveled against you.
3. Practice pursuing and inviting correction from your brothers and sisters. Don’t wait for them to come to you. Seek it out. They may see something that you’re unable to see. And because you desire that your life be honoring to the Lord in all respects, enlist all the help you can get in your sanctification!
Accountability The American Church