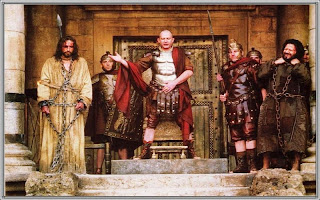 This is an excellent post. I found it on the Reformed Baptist Fellowship blog. The title is linked to the original post. Have a good Saturday!

Jesus Instead of Barabbas