Why Do We Call Each Other "Brother" or "Brethren?" 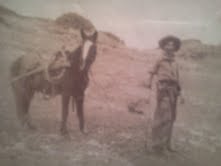 Matthew 23:1-12
"1 Then Jesus spoke to the multitudes and to His disciples, 2 saying: "The scribes and the Pharisees sit in Moses' seat. 3 Therefore whatever they tell you to observe, that observe and do, but do not do according to their works; for they say, and do not do. 4 For they bind heavy burdens, hard to bear, and lay them on men's shoulders; but they themselves will not move them with one of their fingers. 5 But all their works they do to be seen by men. They make their phylacteries broad and enlarge the borders of their garments. 6 They love the best places at feasts, the best seats in the synagogues, 7 greetings in the marketplaces, and to be called by men, 'Rabbi, Rabbi.' 8 But you, do not be called 'Rabbi'; for One is your Master, the Christ, and you are all brethren. 9 Do not call anyone on earth your father; for One is your Father, He who is in heaven. 10 And do not be called teachers; for One is your Master, the Christ. 11 But he who is greatest among you shall be your servant. 12 And whoever exalts himself will be humbled, and he who humbles himself will be exalted."

Before I became a Baptist, and I would even submit to say that after I became a Baptist, I thought that it was strange that the men in the church called each other "brother" and the women called each other "sister." Lately I haven't heard it as much as I use to, but I occasionally hear one of my fellow "brothers" in Christ call me that. I call one of my friends "Brother Ray." I remember asking him once why we call each other that and he directed me to the text above. We don't usually call anyone "Rabbi," but the word literally in Greek means "my great one" or "my honorable sir." I heard a Greek-Orthodox priest refer to himself recently as, "Your Eminence." Barf!" Jesus said that there is only one Master or literally, there is only one "Master guide." What about "father?" Roman Catholics call the priest "father," and the  When Jesus was speaking to the multitudes and His disciples, He said that we should only call on our "Father" in heaven and not call each other "father." Father is a great and wide term that contains many implications and messages. For one thing, God is Creator. And because He is the creator, He is the "Father" of all mankind. He is the only true "father." What about "master" or "teacher?" He even said that we shouldn't call each other this because only "the Christ" is our "Master guide." Why is this an issue? I think it is because titles can be a form of "self-exaltation." I remember hearing John Piper preaching on this text once, and he doesn't like to be called "Dr." John Piper for this very reason. He said that he hasn't even taken his diploma out of its original tube that they place it in when it is distributed to the graduate. I personally think that testimony is remarkable. So many run to gain a title so that they will merit credibility in the eyes of men. The Biblical text above and Piper's story has been particularly convicting to me. I once desired to be called "teacher," and the arrogance that can come with more learning will puff up the ego and push out the Spirit of God from working His miraculous work in the heart. Before long, if you feed this monster of pride you will have a dark beacon of self-exaltation and God-dishonoring bilge water flowing out of your conceited mind.. You will not be a conduit of grace where the light of God shines. Instead of using you, the Spirit will resist (James 4:6/1 Peter 5:5). And if you are a "Biblical self-exalting teacher" Jesus instructs the brethren to "observe the teaching, but not according to their methods." Let's do as David instructs in Psalm 34:3 "Oh magnify the Lord with me, And let us exalt His name together." Drop the titles and embrace "God in heaven and the brethren."
Bible Study