Thoughts on the text of the Lukan Lord's Prayer: Luke 11:2-4 - Stylos Blog 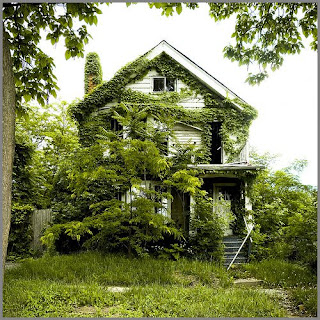 I personally believe that the Word of the Living God has been handled poorly by scholars in the last 200 years or so. It is kind of like a lazy man's house that has been neglected, and as a result has been taken over with weeds, vines, and trees (Proverbs 24:30-34). This is mainly because believing textual study has been replaced with textual study based on a naturalistic philosophy. The entire New Testament text has been thrown into doubt and confusion based on a Naturalistic "Theory." Textual Critics will claim infallibility and inerrancy when it comes to the teaching of the written Word, but not with the Written Word itself. They think that they are approaching the text with a totally "neutral" perspective. This idea of neutrality is false and impossible for the biased man. Also, the Textual Critics today have a set of presuppositions that can be refuted. They are not solid arguments. All men are biased and come to the table with presuppositions. The forefathers of the Reformation leaned on the text that had been handed down, distrubuted widely over various regions, and preserved by God at that time. However, when doubt and modernistic philosophy crept into the Church, men began to seek an alternative. Even after the alternative was found on the shelves of the Roman Catholic Church and the Eastern Orthodox Church, doubt and confusion increased. The following post reveals a little bit of this and comes from a blog that I follow called "Stylos." It is the blog of Pastor Jeff Riddle from Christ Reformed Church in Charlottesville, Virginia. I have never been there, but I do listen to his sermons sometimes on sermonaudio.com. Good stuff! He and I agree on the textual basis for the New Testament, and this is what the following post addresses concerning Luke's text of "The Lord's Prayer." The link to his original post is in the title. I hope this is helpful.

Thoughts on the text of the Lukan Lord's Prayer: Luke 11:2-4

A comparison of the NKJV (based on the traditional text) and the NIV (based on the modern critical text) illustrates the differences (disputed inclusions in bold and underlined):

NKJV:
Luke 11:2 So He said to them, "When you pray, say:
Our Father in heaven,
Hallowed be Your name.
Your kingdom come.
Your will be done On earth as it is in heaven.
3 Give us day by day our daily bread.
4 And forgive us our sins, For we also forgive everyone who is indebted to us.
And do not lead us into temptation, But deliver us from the evil one."
NIV:
Luke 11:2 He said to them, "When you pray, say:
"'Father, hallowed be your name,
your kingdom come.
3 Give us each day our daily bread.
4 Forgive us our sins, for we also forgive everyone who sins against us.
And lead us not into temptation.'"
External evidence:
When I examined the external evidence in the critical apparatus, I was surprised to see the strength of the manuscript support for the traditional reading. Take the opening phrase in v. 2:  hemon pater ho en tois ouranois [“Our father which art in heaven” KJV]. This traditional reading is supported by codices A, C, D, W, Theta, family 13, and the vast majority of Greek manuscripts.  The truncated reading pater of the modern critical text is supported by only five early Greek manuscripts (though they include the “big two” Sinaiticus and Vaticanus):  p75, Aleph, B, 1, 700.  Similar results (with some variety) are found when the other contested passages are examined.
Internal evidence:
Metzger’s Commentary has a brief note on the pater reading in v. 2 in which he states:
In view of the liturgical usage of the Matthean form of the Lord’s Prayer, it is remarkable that such a variety of early witnesses managed to resist what must have been an exceedingly strong temptation to assimilate the Lukan text to the much more familiar Matthean form.  It is not surprising, therefore, that the great majority of witnesses read [“Our Father which art in heaven”], as in Mt 6.9 (p. 154).
He does not give detailed attention to the other variations.  Instead he devotes more than two pages (pp. 154-156) to what he calls “the most interesting variant reading,” a petition inserted into v. 2 that reads “Your Holy Spirit be upon us and purify us” found only  in two late manuscripts (700, from the 11th century, and 162, dated 1153 A. D.).
Evaluation:
The external evidence in support of the traditional reading is surprisingly early (A, for example, is typically dated c. 5th century, putting it on par with the “big two”) and widespread, while the evidence supporting the modern critical reading is, correspondingly, surprisingly weak.
What are we to make, however, of Metzger’s confident assertion that the traditional reading is simply the result of accommodation or harmonization to the Matthean Lord’s Prayer (Matt 6:9-13) based on the extensive liturgical use of the latter?  There seems to be an obvious logical problem with this assumption.  If the scribes wanted to accommodate Luke’s text to Matthew’s the effort was not entirely successful. While the traditional text of the Lukan Lord’s Prayer is substantially like the traditional text of the Matthean Lord’s Prayer, the two are not exactly the same.  For example, in Matthew 6:12 it reads, “Forgive us our debts [ta opheilemata hemon] as we forgive our debtors,” but the parallel passage in Luke 11:4 reads, “And forgive us our sins [tas hamartias hemon], as we also forgive everyone that is indebted to us.”  If the scribes were driven to assimilation, why did they not harmonize this part of Luke’s prayer with Matthew’s?  Most striking is the fact that there does not appear to have been an effort to insert the Matthean doxology (Matt 6:13) into the text of the Lukan Lord’s prayer at v. 4.  At least the 27th ed. of the N-A apparatus does not cite any evidence of this.
The conclusion we must reach is that the scribes did not see the need to make Luke’s Lord’s Prayer conform exactly to Matthew’s, though it is very similar.  How do we explain the fact that a handful of texts offer a shorter version (which has now been accepted as the authentic reading in the modern-critical text)?  This could be the result of early scribal error in an exemplar repeated by the few manuscripts that contain the shorter reading.  We might also ask if there was some effort to abbreviate the text.  There might also have been some theological reasons for altering the fuller text of the prayer, which we can no longer clearly ascertain. Obviously, the shorter reading of the Lukan Lord’s Prayer was rejected as inauthentic in the common use of the churches in favor of the traditional reading, which is very much like Matthew’s but also clearly not exactly like it.  There is, therefore, ample reason to contend for the retention of the traditional text of Luke’s Lord’s Prayer as adopted in the vast majority of Greek manuscripts.