Spurgeon Quote of The Day 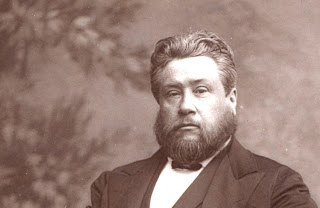 Those of you who do not know a whole lot about Charles H. Spurgeon, you can learn more here. Since I am a "Reformed Baptist" like he was, I figure he would be the best one to quote. The quote today has to do with arguing. He describes our "Savior" well here.

"I notice, however, that, while it is true that our gracious Master was very gentle and patient with those who had real difficulties, yet he did not always answer everybody’s cavil. When the difficulty was raised for the sake of questioning and disputing, when it was mere quibbling, when the enquirer were not in earnest, and did not really wish to know the truth, he often declined to answer them. My Master has no desire to be merely victor in a debate: he did not come into the world to fight a battle of logic just for the sake of winning it."