The Puritans, Strange Fire, Cessationism, and the Westminster Confession - Also Related To The 1689 Baptist Confession 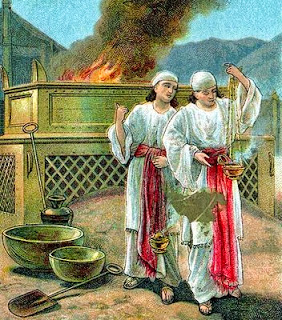 In light of the "Strange Fire" debate, I think DeYoung's analysis is spot on here. I have been studying the topics of cessationism and continuationism. Personally, I have always been an "open but cautious" person when it comes to this subject. Some of the very strict cessationists I disagree with, while at the same time I disagree with unbridled Charismaticism. What DeYoung posted is not only true concerning the Westminster Confession, but also the 1689 London Baptist Confession, which is the one I hold to. They are both similar documents. In fact, the 1689 was based on the Westminster and only differs on a few points. The text and link to the original post is below. I figure that there is no point in regurgitating what DeYoung wrote when he did such a good job! The post was written on the Gospel Coalition Blog by Kevin DeYoung.

The Puritans, Strange Fire, Cessationism, and the Westminster Confession

Without trying to sort through everything (or really anything) that has been said at the Strange Fire Conference–let alone sifting through what has been said and done in response–I thought it might be helpful to take a step back and give some historical perspective on the question of cessationism.
In the first section of the first chapter of the Westminster Confession of Faith we find reference to at least some kind of cessationism.

Although the light of nature, and the works of creation and providence do so far manifest the goodness, wisdom, and power of God, as to leave men unexcusable; yet are they not sufficient to give that knowledge of God, and of his will, which is necessary unto salvation. Therefore it pleased the Lord, at sundry times, and in divers manners, to reveal himself, and to declare that his will unto his church; and afterwards, for the better preserving and propagating of the truth, and for the more sure establishment and comfort of the church against the corruption of the flesh, and the malice of Satan and of the world, to commit the same wholly unto writing: which maketh the holy Scripture to be most necessary; those former ways of God’s revealing his will unto his people being now ceased. (WCF 1.1, emphasis added)

Clearly, the Westminster divines believed there was a cessation of something. Whether the Confession means to embrace everything one might now mean by cessationism is another matter. But certainly we cannot relegate to the theological wasteland the belief that something about God’s way of revealing himself has changed.
Undoubtedly, the best book on cessationism in the first century of the Reformed tradition is Garnet Milne’s published dissertation The Westminster Confession of Faith and the Cessation of Special Revelation: The Majority Puritan Viewpoint on Whether Extra-Biblical Prophecy Is Still Possible (Paternoster, 2007). In this work–a model of careful scholarship serving the church–Milne argues that the Puritans were overwhelmingly cessationists, but that their cessationism was not without some permeable boundaries (see also Vern Poythress’s article on “Affirming Extraordinary Works of the Spirit Within Cessationist Theology”).
It’s worth reading this section from Milne’s Preface, especially his point about “mediate” and “immediate” revelation:

In the opening chapter of the Confession, the divines of Westminster included a clause which implied that there would no longer be any supernatural revelation from God for showing humankind the way of salvation. Means by which God had once communicated the divine will concerning salvation, such as dreams, visions, and the miraculous gifts of the Spirit, were said to be no longer applicable.
However, many of the authors of the WCF accepted that “prophecy” continued in their time, and a number of them apparently believed that disclosure of God’s will through dreams, visions, and angelic communication remained possible.
How is the “cessationist” clause of WCF 1:1 to be read in the light of these facts? Was it intended as a strict denial of the possibility that any supernatural revelation for the purposes of salvation could take place after the apostolic period, or did its authors, as some modern scholars have argued, allow for a more flexible view, in which such divine revelation through extraordinary means might still take place? This books explores these questions in the light of the modern debates over the interpretation of the Confession’s language and its implications for the church today. It considers the difference between “mediate” and “immediate” revelation as understood by the Westminster divines, and attempts to show that only “immediate” revelation was considered to have ceased, while “mediate” revelation, which always involved Scripture, was held to continue.
A detailed analysis of the writings of the Westminster divines reveals that these churchmen possessed both a strong desire to maintain the unity of Word and Spirit and a concern to safeguard the freedom of the Holy Spirit to speak to particular circumstances through the language and principles of Scripture. God still enabled predictive prophecy and spoke to individuals in extraordinary ways, but contemporary prophecy was held to be something different from the extraordinary prophecy of New Testament figures.
In the minds of the Scottish Presbyterians and English Puritans, prophecy was considered to be an application of Scripture for a specific situation, not an announcement of new information not contained within the Bible. The Scripture always remained essential for the process of discerning God’s will. (xv-xvi).

The book concludes that the Westminster divines intended the cessationist clause to affirm that there was to be no more extra-biblical, “immediate” revelation for any purpose now that the church possessed the complete Scriptures. The written Word of God was fully capable of showing the way of “salvation” in its wider scope as either temporal or eternal deliverance.
At the same time the divines did not intend to deny that God could still speak through special providences that might involve dreams or the ministry of angels, for example, but such revelation was always to be considered “meditate.” The primary means was held to be the written Scriptures, illuminated by the Holy Spirit. The unity of the Word and Spirit was maintained, and God’s freedom to address individual circumstances remained intact. (xvi-xvii)

Whether you agree with the Scottish Presbyterians and the English Puritans on this matter, I don’t think anyone grappling with Milne’s research can deny that he presents a compelling case for the conclusion just stated. Without a doubt, the Westminster Confession of Faith teaches cessationism, but it is a cessationism which requires considerable nuance and allows for supernatural surprises so long as they are working with and through the Word of God.