Text Criticism: Questions and Responses - From the Stylos Blog 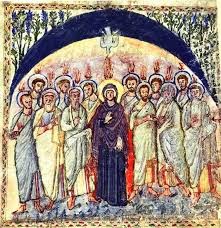 If you have followed this blog any, then you may have noticed my view of Textual Criticism and views concerning the Biblical doctrine of Preservation. Today I would like to share with you a post from another blog, and I will put the link to the original site in the title so you can refer to the source. The post is by a Pastor Jeff Riddle in Virginia whom I have had the great privilege to speak with. I truly admire his stance on the issues of Textual Criticism and the 1689 Baptist Confession of Faith. I recommend that you follow his blog. He regularly lays out some helpful information. I hope this one will be helpful. May God be glorified.

I got an email this week from a friend who has been reading and listening to some of my material on text criticism.  He wrote with several questions.  I have reproduced his note and questions below (in bold and italics) along with my responses.

I've been continuing to listen to the Word Magazine series on Wallace & Text Criticism, and I was wondering if you could clarify your own position for me a bit.

1. How exactly do you define "traditional text" or even the TR?


Response:  First, as I have stated before, I am very much still a student on this subject.  I am still learning, reading, and studying. Many of the questions you raise, particularly related to a philosophy of textual study, are still ones I am thinking through. Nevertheless, I’ll try to offer some preliminary responses.


What do I mean by the “traditional text”?  By this I mean the preserved copies (apographa) of Scripture in the original languages (Hebrew, Aramaic, Greek) that have proven over time to be the text most clearly recognized and acknowledged by the faithful church to be the preserved word of God.  In the pre-reformation era this text is best represented in the vast majority of manuscripts, but it is not always identical with the Byzantine tradition.  In the Reformation era, according to the providence of God, this text was committed for the first time into a fixed and standard format by means of the various printed texts of the Bible, largely by the labors of Reformed pastors and scholars who then made this text the basis for the various vernacular translations.


The Masoretic text of the Hebrew Bible was first printed by Daniel Blomberg in 1524-25.  David Ginsburg made this the basis of his printed text of the Hebrew Bible in 1894, and this edition has been kept in print by the Trinitarian Bible Society.  The Greek NT was first printed by Erasmus in 1516.  Various printed editions of the Greek New Testament came soon after from Reformed scholars, like Theodore Beza.  The Elzevir edition of 1633 bore the famous words in the introduction “Textum ergo habes, nunc ab omnibus receptum[The text, therefore, you have, now received by all…]” which gave rise to the designation Textus Receptus (TR) or the “received text” of the NT.  According to the preface to the Scrivener edition of the TR (1894, 1902) reprinted by the Trinitarian Bible Society, “The editions of Stephens, Beza, and the Elzevirs all present substantially the same text, and the variations are not of great significance and rarely affect the sense.”


I do not equate the traditional text with any single printed edition of the TR, nor do I believe that they or the scholars who produced them were specifically “inspired.”  The key issue with the traditional text is not inspiration but the related doctrine of preservation.


Though there are some variations in the various hand-written copies and printed editions of the traditional text, we should not blow this out of proportion.  The traditional text affirms important passages as part of the inspired and preserved word of God, which the modern-critical text questions or rejects altogether (the two biggest examples being the traditional ending of Mark [16:9-20] and the pericope adulterae of John 7:53—8:11).


2. Would there ever be a situation in which you would reject the reading of the TR in favor of a MT (or CT) reading?


Response:  I believe there is a place for textual criticism and study.  I am interested in comparing, for example, the various printed editions of the Masoretic Text and the Textus Receptus to see where they agree and where they differ, as well as comparing these readings with the various underlying hand written manuscripts, including both those favored by the modern text (like Sinaiticus and Vaticanus) and the Byzantine or Majority Text.


I am skeptical of the modern critical text because of its roots in the Enlightenment, rationalism, and skepticism toward Biblical authority and the doctrines of both inspiration and preservation.  I am likewise skeptical of the canons of modern text criticism (such as the superiority of the lectio brevior) and modern confidence in the ability of text critics supposedly to reconstruct the original text.


I believe we can use all available resources better to understand the traditional text and its transmission/preservation.  Thus far, I have not yet discovered a traditional text reading that I believe is inferior to alternative readings suggested in the Majority Text or Critical Text.


If so,
2.a. What are the criteria for making such a judgment?


Response:  We must evaluate the external evidence:  Which manuscripts support the reading?  Which contradict it?  Is the supporting evidence ancient and widespread?

We must also evaluate the internal evidence:  How does this reading fit with the context, theology, and style of the larger work? Are there reasonable explanations for why the traditional reading might have been altered or changed? Is it reasonable to affirm the traditional text?


1.  The shorter reading is not necessarily to be considered the best reading.


2.  The reading that harmonizes is not necessarily to be considered secondary, spurious, or late.


3.  The reading that reflects orthodox theology is not to be considered  secondary, spurious, or late.

2.b. How is that textual philosophically consistent?

Response:  I do not believe that it is philosophically inconsistent to suggest that the traditional text is that which has been divinely preserved and, thus, to be preferred.  I do not embrace modern reasoned eclecticism.  This does not mean that I oppose rational and critical study of the text of Scripture.


The modern critical approach begins with the presupposition that the traditional text is late and inferior and that a small group of manuscripts (led by Sinaiticus and Vaticanus) are ancient and superior.  They then consistently apply this presupposition.


How is one of these approaches more or less consistent than the other?
Posted by Pastor Jeff at 10:45 PM
Bible Text Criticism Systematic Theology