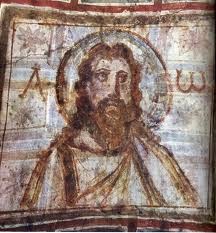 5. Christians are not distinguished from the rest of mankind by either country, speech, or customs; the fact is, they nowhere settle in cities of their own; they use no peculiar language; they cultivate no eccentric mode of life. Certainly, this creed of theirs is no discovery due to some fancy or speculation of inquisitive men; nor do they, as some do champion a doctrine of human origin. Yet while they dwell in both Greek and non-Greek cities, as each one's lot was cast, and conform to the customs of the country in dress, food, and mode of life in general, the whole tenor of their way of living stamps it as worthy of admiration and admittedly extraordinary. They reside in their respective countries, but only as aliens. They take part in everything as citizens and put up with everything as foreigners. Every foreign land is their home, and every home a foreign land. They marry like all others and beget children; but they do not expose their offspring. Their board (table) they spread for all, but not their bed. They find themselves in the flesh, but do not live according to the flesh. They spend their days on earth, but hold citizenship in heaven. They obey the established laws, but in their private lives they rise above the laws. They love all men, but are persecuted by all. They are unknown, yet are condemned; they are put to death, but it is life they receive. They are poor, and enrich many; destitute of everything, they abound in everything. They are dishonored, and in their dishonor find their glory. They are calumniated, and are vindicated. They are reviled, and they bless; they are insulted and render honor. Doing good, they are penalized as evildoers; when penalized, they rejoice because they are quickened into life. The Jews make war on them as foreigners; The Greeks persecute them; and those who hate them are at a loss to explain their hatred.  (The Epistle to Diognetus Chapter 5:1-17/ Written around 130 A.D.)