How Honest is Your Argument? 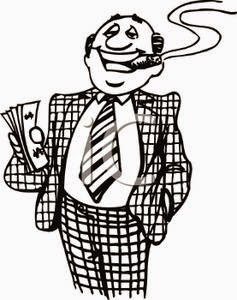 Proverbs 12:22 - Lying lips [are] abomination to the LORD: but they that deal truly [are] his delight.
Proverbs 19:1 - Better [is] the poor that walketh in his integrity, than [he that is] perverse in his lips, and is a fool.
2 Corinthians 8:21 - Providing for honest things, not only in the sight of the Lord, but also in the sight of men.

Evidence is difficult to come by these days. I read so many articles and listen to so many people who argue "for" or "against" something based on the evidence. The funny thing is that most of the time, both sides have the same evidence if they are honest. However, there are more dishonest apologists these days who will try and pull a "used car salesman" trick. You know how it can be. Many times when you go to the used car lot, a salesman comes out who is friendly and affable. He tells you all of the good things about the car that you are looking at, but many times conceals the negative evidence. You see, this happens many times in debates and discussions I have seen between people of opposing views. whether the debate is political, religious, or just colloquial, there are just too many dishonest representatives. I have positions that I hold in politics and religion that have very strong evidence, but some not so strong. I hate to admit it but sometimes the evidence is scarce or just not there. I had a boss once that had a saying: "What are you willing to accept?" Now if you think about it, that is really what it comes down to. I think my positions are strong, but I also know the weaknesses of them. Most positions have strengths and weaknesses if one is truly honest. You see, a person can argue "for" or "against" anything. The question is: "Is the evidence convincing?" I like a person who is willing to admit the weaknesses of his or her position as well as the strengths. It shows character and integrity, which are rare these days. We just have too many "used car salesmen" running around trying to convince that their product is the best. I am ashamed of those who share my own convictions who do this. Anyway, be careful how you characterize something. Be sure to find as many original sources as you can, and if you can't find any, then you will have to lean on your view as opinion; and be sure to state it as such. Either way, it is important to be intellectually honest in all of your dealings.