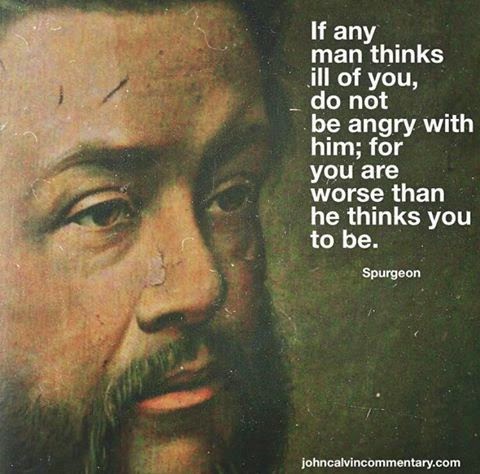 "The fear of the LORD is the instruction of wisdom; and before honour is humility." Proverbs 15:33

"Before destruction the heart of man is haughty, and before honour is humility." Proverbs 18:12

"Likewise, ye younger, submit yourselves unto the elder. Yea, all of you be subject one to another, and be clothed with humility: for God resisteth the proud, and giveth grace to the humble." 1 Peter 5:5

"Which things have indeed a shew of wisdom in will worship, and humility, and neglecting of the body; not in any honour to the satisfying of the flesh." Colossians 2:23

"Let no man beguile you of your reward in a voluntary humility and worshipping of angels, intruding into those things which he hath not seen, vainly puffed up by his fleshly mind," Colossians 2:18

"Humility in ethics is, freedom from pride and arrogance; humbleness of mind; a modest estimate of one's own worth. In theology, humility consists in lowliness of mind; a deep sense of one's own unworthiness in the sight of God, self-abasement, penitence for sin, and submission to the divine will."

No Humble man or woman who is truly humble will boast of their own humility. Augustine once said: "Do you wish to be great? Then begin by being. Do you desire to construct a vast and lofty fabric? Think first about the foundations of humility. The higher your structure is to be, the deeper must be its foundation." There seems to be a lack of humility these days in our world, and many have been deceived into thinking that arrogance and pride is the key to success. In our vastly growing secular society, there seems to be a preference for arrogance. In God's economy, arrogance is the kiss of death, but in the secular mindset, it is the key to power. Well, what is arrogance?

"Arrogance is the act or quality of taking much upon one's self; that species of pride which consists in exorbitant claims of rank, dignity, estimation or power, or which exalts the worth or importance of the person to an undue degree; proud contempt of others; conceitedness; presumption."

I like Webster's definition here. It sounds like most politicians, CEO's, and even many religious leaders. So why is arrogance a problem? Well, I think there are a few reasons.

I think the first reason for the promotion of arrogance is that it is in our nature. Matthew 15:19 says: "For out of the heart proceed evil thoughts, murders, adulteries, fornications, thefts, false witness, blasphemies:" King David wrote in Psalm 51:5: "Behold, I was shapen in iniquity; and in sin did my mother conceive me." Paul the Apostle wrote in Romans 3:10: "As it is written, There is none righteous, no, not one:" and the prophet Jeremiah said: The heart [is] deceitful above all [things], and desperately wicked: who can know it?" (Jeremiah 17:9). I personally believe they learned this through observation and illumination. Isn't this something we see often? Even the famous atheist Christopher Hitchens displays this very well in his quote concerning what he thought of Christianity: “I have met some highly intelligent believers, but history has no record to say that (s)he knew or understood the mind of god. Yet this is precisely the qualification which the godly must claim—so modestly and so humbly—to possess. It is time to withdraw our 'respect' from such fantastic claims, all of them aimed at the exertion of power over other humans in the real and material world.”   First of all, Hitchens misses the point of who God really is. He presumes men should have a perfect understanding of God. If God is God, then He must be great. Not only that, a God that one can fully understand is not truly God (Isaiah 55:8). God is higher, and the greatest being on earth. It is not arrogant for Him to seek glory, honor, and praise. He is perfect and powerful in every way. We are not. We are designed to be under authority, so if we aren't under the authority of God, then who? Arrogant men? You see, Hitchens in that last sentence is referring to the many abuses that have occurred in history and have been done in the name of our beloved Savior. Wicked caretakers so to speak. But those who have done evil in the name of Christ, did not belong to Him (Matthew 24:24). Hitchens here is promoting the very thing he detests, he is just putting different clothes on it. The secular atheist hates for Christians to be in authority because some have abused it and shrouded their arrogance in false humility to exert power over others. However, arrogant presumption is the mantle and downfall of the secular atheist mindset. Just look at the history of Secular Atheists who have been in power (Stalin, Hitler, Etc...). I'm sure Hitchens was thinking about historical events like The Inquisition. Nevertheless, the Bible promotes humility to be the mantle and identifying mark of a Christian. James said: "Pure religion and undefiled before God and the Father is this, To visit the fatherless and widows in their affliction, and to keep himself unspotted from the world." (James 1:27). If Hitchens were truly objective, he would have noticed that those who abused and murdered others because of an arrogance couched in false humility were violating the principles set forth by God (1 Peter 5:5). But, even Jesus said there would be false converts (Matthew 7 & 24:24). The leadership of the Church should lead with conviction, but humble conviction, and one that can only be inspired by grace. For God to have power over a person's life, they must be converted and such a conversion consists in true humility and contrition. The truth remains, regardless of what clothes we wear, the ideals we hold, or where we come from, the tendency for arrogance is built into our natural framework. By nature, I am a vile and wicked individual, and so is every man and woman on the planet. ONLy by God's grace can one find true change and redemption.

Secondly arrogance is a problem because God has been intentionally pushed to the side. As illustrated above and in history, many religious individuals have done this. Altars have been erected to man's wisdom, knowledge, charity, benevolence, goodness, and many other perceived attributes. Arrogance is promoted in politics, education, industry, religion, the business world, and every other facet of society. When looking for a job, you are encouraged to "be creative." That is code for embellish. Make yourself "look" really good! One post I read recently had some good principles, but tucked away in the text it said the following:

"Create an action-oriented resume: Is your resume loaded with action words? How about words like managed, led, created, built, started, or grew? I like to think in terms of how you made organizations, groups, or even project teams different or better. Think hard about how you contributed and what metrics you can share to reinforce your contribution. For instance, did you increase membership by 14% with a new member drive? Be creative here."

How about "be honest here!" I think it is a good thing to list some accomplishments, but our marketing based thinking has tricked us into being dishonest many times. I am always interested in listening and doing business with the salesperson who not only tells me the pros to his or her product, but the cons as well. Haven't you wondered why so many are just "full of it" these days? Well, it is encouraged.

There is probably more I could say, or something I have missed. Nevertheless, I have observed this and know that the only true foundation for greatness is "humility." Augustine was right in his assertion. Only true success comes from honest humility. If we really think about our position in the universe, it can only be a humbling thought, unless you think you are the center of the universe.
Atheism Christianity Religion Secular Success