I Think We Lost Something 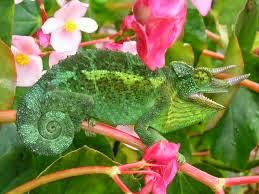 Can anyone find an honest politician these days?  I submit that it is a difficult search. There was a time in my life when I believed the claims of politicians running for office, but my experience has shown me different. The truth of the matter is, people running for political office promise more than they deliver, and what they do deliver is usually not helpful. Proverbs 14:34 says:

Righteousness exalteth a nation: but sin [is] a reproach to any people.

Could it be that sin has enveloped our nation? Now I don't doubt that all men and women are sinners, but it doesn't seem that a great majority of people are concerned with righteousness. John Adams once wrote:

[I]t is religion and morality alone which can establish the principles upon which freedom can securely stand. The only foundation of a free constitution is pure virtue.

Our founders understood that a free and civil society must also be a society of self-government and virtue. Now what is virtue?

VIRTUE, noun vur'tu. [Latin virtus, from vireo, or its root. See Worth.] The radical sense is strength, from straining, stretching, extending. This is the primary sense of Latin vir, a man.]1. Strength; that substance or quality of physical bodies, by which they act and produce effects on other bodies. In this literal and proper sense, we speak of the virtue or virtues of plants in medicine, and the virtues of drugs. In decoctions, the virtues of plants are extracted. By long standing in the open air, the virtues are lost.2. Bravery valor. This was the predominant signification of virtus among the Romans.Trust to thy single virtue[This sense is nearly or quite obsolete.]3. Moral goodness; the practice of moral duties and the abstaining from vice, or a conformity of life and conversation to the moral law. In this sense, virtue may be, and in many instances must be, distinguished from religion. The practice of moral duties merely from motives of convenience, or from compulsion, or from regard to reputation, is virtue as distinct from religion. The practice of moral duties from sincere love to God and his laws, is virtue and religion. In this sense it is true,That virtue only makes our bliss below.VIRTUE is nothing but voluntary obedience to truth.4. A particular moral excellence; as the virtue of temperance, of chastity, of charity.Remember all his virtues.5. Acting power; something efficacious.Jesus, knowing that virtue had gone out of him, turned - Mark 3:1.6. Secret agency; efficacy without visible or material action.She moves the body which she doth possess,Yet no part toucheth, but by virtue's touch.7. Excellence; or that which constitutes value and merit.- Terence, who thought the sole grace and virtue of their fable, the sticking in of sentences.8. One of the orders of the celestial hierarchy.Thrones, dominations, princedoms, virtues, powers.9. Efficacy; power.He used to travel through Greece by virtue of this fable, which procured him reception in all the towns.10. Legal efficacy or power; authority. A man administers the laws by virtueof a commission.In virtue in consequence; by the efficacy or authority.This they shall attain, partly in virtue of the promise of God, and partly in virtue of piety.

Moral Goodness. Well what is "moral" or "morality?"

MOR'AL, adjective [Latin moralis, from mos, moris, manner.]1. Relating to the practice, manners or conduct of men as social beings in relation to each other, and with reference to right and wrong. The word moral is applicable to actions that are good or evil, virtuous or vicious, and has reference to the law of God as the standard by which their character is to be determined. The word however may be applied to actions which affect only, or primarily and principally, a person's own happiness.Keep at the least within the compass of moral actions, which have in them vice or virtue.Mankind is broken loose from moral bands.2. Subject to the moral law and capable of moral actions; bound to perform social duties; as a moral agent or being.3. Supported by the evidence of reason or probability; founded on experience of the ordinary course of things; as moral certainty, distinguished from physical or mathematical certainty or demonstration.Physical and mathematical certainty may be stiled infallible, and moral certainty may be properly stiled indubitable.Things of a moral nature may be proved by moral arguments.4. Conformed to rules of right, or to the divine law respecting social duties; virtuous; just; as when we say, a particular action is not moral5. Conformed to law and right in exterior deportment; as, he leads a good moral life.6. Reasoning or instructing with regard to vice and virtue.While thou, a moral fool, sitt'st still and cri'st.7. In general, moral denotes something which respects the conduct of men and their relations as social beings whose actions have a bearing on each others's rights and happiness, and are therefore right or wrong, virtuous or vicious; as moral character; moral views; moral knowledge; moral sentiments; moral maxims; moral approbation; moral doubts; moral justice;moral virtue; moral obligations, etc. Or moral denotes something which respects the intellectual powers of man, as distinct form his physical powers. Thus we speak of moral evidence, moral arguments, moral persuasion,moral certainty, moral force; which operate on the mind.Moral law, the law of God which prescribes the moral or social duties, and prohibits the transgression of them.Moral sense, an innate or natural sense of right and wrong; an instinctive perception of what is right or wrong in moral conduct, which approves some actions and disapproves others, independent of education or the knowledge of any positive rule or law. But the existence of any such moral sense is very much doubted.Moral philosophy, the science of manners and duty; the science which treats of the nature and condition of man as a social being, of the duties which result form his social relations, and the reasons on which they are founded.MOR'AL, noun Morality; the doctrine or practice of the duties of life. [Not much used.]1. The doctrine inculcated by a fiction; the accommodation of a fable to form the morals.

So virtue and morality are truly loaded words. In the time of the founders, Protestant Christianity was the predominant religion and ethic of men and women in this country. Not just the politicians either. Everyone was influenced and driven by Biblical ethics and morality. They weren't perfect, but if they did sin, they usually confessed and repented. But not any more. People don't think of lying, cheating, or stealing to achieve their own ends. The pendulum has swung. Moral Relativism has bred a group of men and women who are like chameleons and snakes. They change their story, ethic, and personality to fit the situation (like a chameleon). And when they want something, they are cunning, crafty, and deadly (like a snake). I once had a boss who tried to get me to lie on a report we were going to give to the USDA. I refused his counsel. He got angry with me and said: "Phil, sometimes you have to bend the rules a little to achieve success." I said: "No you don't! And if that is how you measure success, then I don't want it!" Even the definition of success has changed. It is a kind of "win at all costs" mentality. Sort of a natural selection mentality. "Might makes right," some say. That is why so many are drawn to the offices of the government. They want the power to exact their own ends. But, the office of the Federal Government was never designed to have the power it has today. Ambitious men have twisted that design to fit a different ethic, a different virtue. Now it isn't all bad, but the way in which the arm of the government is being used isn't according to plan. You can read the Constitution, the Bill of Rights, and the Federalist Papers to see that. So what is the answer? Well, I think it begins at our own doorstep. Society at large has lost their way and their vision. I wouldn't place a whole lot of stock in the promises of a politician, even if you agree with him or her. Next time a politician promises you the world, beware. He or she isn't able to carry out most likely what they promise. The government was designed to protect life, liberty, and property. Anything promised beyond that, you shouldn't really want. But if we truly want peace, righteousness, virtue, and morality are essential to a free society.