The Plea of a Guilty Man for Restoration 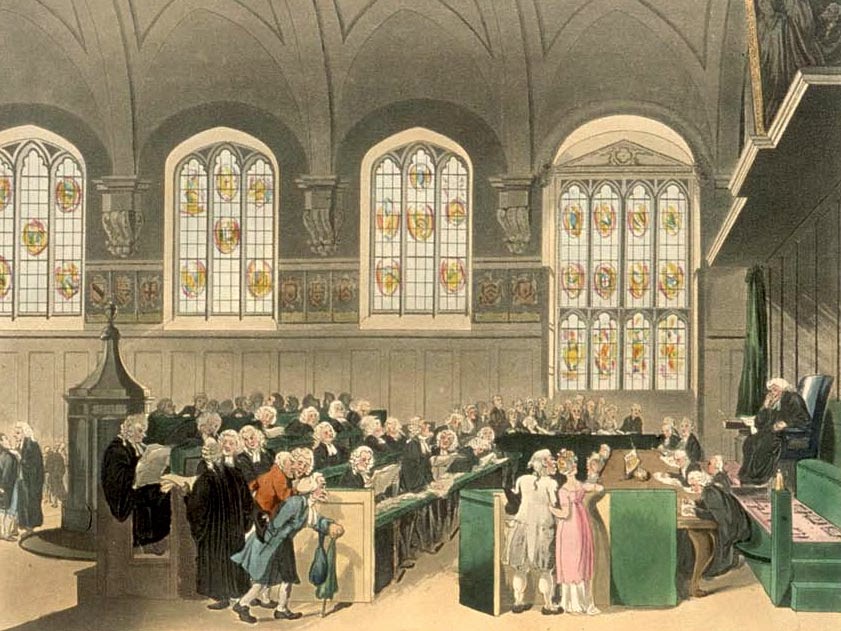 I was reading through my Bible yesterday, and one of the references in the text led me to Psalm 143. I read through and meditated on it for a little while, and found that it is truly an honest plea for restoration. After some thought, I sought to use it as a foundation for a prayer. I think it delights God in heaven to hear the inspired writ being cited back to Him in prayer, and since I have sinned and fallen short of God's glory (Romans 3:23), I personally thought this chapter was appropriate.

Psalm 143 AV
1 (A Psalm of David.) Hear my prayer, O LORD, give ear to my supplications: in thy faithfulness answer me, and in thy righteousness.
2 And enter not into judgment with thy servant: for in thy sight shall no man living be justified.
3 For the enemy hath persecuted my soul; he hath smitten my life down to the ground; he hath made me to dwell in darkness, as those that have been long dead.
4 Therefore is my spirit overwhelmed within me; my heart within me is desolate.
5 I remember the days of old; I meditate on all thy works; I muse on the work of thy hands.
6 I stretch forth my hands unto thee: my soul thirsteth after thee, as a thirsty land. Selah.
7 Hear me speedily, O LORD: my spirit faileth: hide not thy face from me, lest I be like unto them that go down into the pit.
8 Cause me to hear thy lovingkindness in the morning; for in thee do I trust: cause me to know the way wherein I should walk; for I lift up my soul unto thee.
9 Deliver me, O LORD, from mine enemies: I flee unto thee to hide me.
10 Teach me to do thy will; for thou art my God: thy spirit is good; lead me into the land of uprightness.
11 Quicken me, O LORD, for thy name's sake: for thy righteousness' sake bring my soul out of trouble.
12 And of thy mercy cut off mine enemies, and destroy all them that afflict my soul: for I am thy servant.
Notice that David was making a confident request in verse 1 to the Lord for Him to give him a hearing. He appeals to God's faithfulness and righteousness, which is interesting since David is not righteous (vs 2). Verse 2 is a plea for God to be merciful. For no man is justified before God Almighty (Romans 3:20). David in verse 3 claims somewhat of a victim status. He claims that "the enemy" has persecuted his soul. How is a soul persecuted? Well, I suppose one should first ask: "What is a soul?" Webster defines it the following way:
1. The spiritual, rational and immortal substance in man, which distinguishes him from brutes; that part of man which enables him to think and reason, and which renders him a subject of moral government. The immortality of the soul is a fundamental article of the christian system. Such is the nature of the human soul that it must have a God, an object of supreme affection.
2. The understanding; the intellectual principle. The eyes of our soul then only begin to see, when our bodily eye are closing.
3. Vital principle. Thou son, of this great world both eye and soul
4. Spirit; essence; chief part; as charity, the soul of all the virtues. Emotion is the soul of eloquence.
5. Life; animation principle or part; as, an able commander is the soul of an army.
6. Internal power. There is some soul of goodness in things evil.
7. A human being; a person. There was no a soul present. In Paris there are more than seven hundred thousand souls. London, Westminster, Southwark and the suburbs, are said to contain twelve hundred thousand souls.
8. Animal life. To deliver their soil from death, and to keep them alive in famine. Psalms 33:7.
9. Active power. And heaven would fly before the driving soul
10. Spirit; courage; fire; grandeur of mind. That he wants caution he must needs confess, but not a soul to give our arms success.
11. Generosity; nobleness of mind; a colloquial use.
12. An intelligent being. Every soul in heav'n shall bend the knee.
13. Heart; affection. The soul of Jonathan was knit with the soul of David. I Sam. 18.
14. In Scripture, appetite; as the full soul; the hungry soul Proverbs 27:7. Job 33:18.
15. A familiar compellation of a person, but often expressing some qualities of the mind; as alas, poor soul; he was a good soul
So you might say that all of the above was being persecuted. It is hard to draw the line between physical and spiritual anguish. Was this persecution due to physical pain? It is hard to say what physical trouble was involved since it isn't really mentioned in the text. Our soul is what gives our body life, and when that soul leaves our body, we are presumed dead. But what kind of anguish was David describing? The troubles in this life can and will trouble the soul that has lost its vision, and also soul-distress can cause physical pain. Paul taught us that it is possible to shield one-self from this problem, but it seems to come through a period of spiritual growth and special grace (Something to pray for!). The one who is content in Christ can shield his soul from anguish when physical calamity comes (Philippians 4:11-13).

So "what kind of persecution is soul persecution?" Well, from the evidence given, it seems to be an oppression brought on through the realization of sin and guilt. Certainly David was not passing the buck by trying not to take credit for his guilt and shame (vs 2). However, there obviously were other elements involved in his pain and misery. Powers that oppress, tempt, and ravage the soul (Ephesians 6:10-12). It is said that the devil stands and accuses the brethren (Revelation 12:10). Probably David realized his sin and guilt through the convicting power of the law. The evil powers of this world accused him and left him with no hope. By the standards of God's law, when we sin, we are guilty. When we see that we are guilty, then there is no hope for us to restore ourselves. It is in this pivotal moment when we either "go down to the pit," or "reach out for God." We are inadequate to resolve our own debt (Isaiah 64:6). So what does David do? He goes to the One who alone can resolve his problem and restore peace to his soul. Though Christ had not come, His death and resurrection was sufficient for the Old Testament saints (Romans 4:3-8).

In verse 4 David elaborates on his grief. His spirit is downcast and his heart is overwhelmed with grief. He is utterly dejected. This is a good place for the soul that has sinned to be. Only then can he or she look up and see the only hope available to man, God Himself!

In verse 5 David remembers a day when he cared more for the things of God, and in verse 6 he pleads with God to restore him because he feels that desire reviving in his heart. His plea continues in verse 7 asking the Lord not to waste any time in restoring him to fellowship. He knows that if God doesn't grant him forgiveness that death is his only reward. In verse 8-11 David acknowledges that it is God alone who grants the ability to see and hear the truth. It is God alone who moves the hearts of men and awakens the soul (John 6:44/ Ephesians 1:5/ Romans 8:25/ Ezekiel 18:20-21/ Romans 10:7/ Acts 7:51/ Matthew 18:3/ Romans 9:13-14).

Verse 12 ends in a plea for the God of the Universe to cut off these "enemies of the soul," these "persecutors," so they will not torment him anymore. His commitment to servitude in the Lord's army displays a desire for not only forgiveness, but repentance as well. Repentance is a change of mind, or a conversion from sin to God. It is the result of a soul that is truly converted.

I hope this helps. It was helpful to me to think through this text. God truly is righteous and just. But, He is also merciful and kind. In His kindness there is a remedy for sin. Nevertheless, it involves trusting in Jesus Christ, true contrition, and a desire to change.
Christianity Persecution Religion Repentance Sin Soul