Qualifications of Deacons - A Re-Examination of Deaconesses 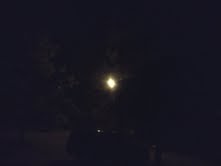 After posting the link to John MacArthur's article on deacons, I began to dig. A friend of mine told me that he believes we should have deaconesses in church office due to the nature of the office, and also because a deaconess is mentioned in the New Testament (Romans 16:1). I personally never thought much about it until now. The Lutheran Church I was raised in had very stringent requirements for the office of deacon and had to be approved by the Synod. Therefore, the church I was raised in didn't have many deacons. Most Baptist Churches I have been a part of have treated the office of deacon as sort of a "power-broker role," which I think is an incorrect use of the office. So what is the office for? What are the Biblical parameters?

In John MacArthurs article, he mentioned that the Greek word translated as "wives" was a mistranslation by the KJV translators. My good friend who holds this position made the same reference. Well, if you have read this blog in the past, you know how I feel about the KJV and the Traditional Greek Text of the New Testament. Therefore, I did some digging. MacArthur states that the word "gyne" actually means woman. Okay, after looking at Strongs Concordance, that seems to be correct. However, after further study, I found that the translation, "wives" is actually accurate. Based on the context of the Greek and the nature of the word, "gyne," the KJV translation (and ESV) is the most accurate. In Greek, words can have a double meaning. Determining which meaning is somewhat difficult, but can be done by examining the context. In this case, the translation, "wives" is a better fit. Also, the KJV translators did have a better handle on the Biblical languages than most scholars today. That being said, even if my friend and John MacArthur were correct, verse 12 makes the office of deacon difficult for women unless you believe the words "husband" and "wife" are ambiguous. If they are, then we need to re-examine the qualification for Elders as well. But, due to Paul's exhortation in 1 Timothy 2:12:

"But I do not permit a woman to teach, nor to exercise authority over the man, but to be in silence."

it would be hard to make that ambiguity work. Therefore, to be consistent with the exhortations of Paul and the others in the New Testament who address this, we must stick to the traditional rendering of the verses. It isn't that women aren't capable of doing the office. I would argue that most women are probably better equipped than men in this area. Nevertheless, due to God's divine decree and design, He desires the men to be in authority in His church, even in benevolent ministries. It doesn't mean that the ordained deacons are not allowed to delegate tasks or even authority over certain areas to women, but the office of Deacon is to only be given to qualified men, just like the office of Elder. I was greatly helped by three articles from an Orthodox Presbyterian Minister in Colorado. His position checks out and seems to be more consistent with Scripture. I have posted the links below. Part 3 addresses the issue of the Greek concerning the translation of the word "gyne" into "wives" or "women" I like much of John MacArthur's writings and work. However, I think he is a little off base here and also with his dispensationalism. Other than that, he is solid on everything else.