The Course of Performance 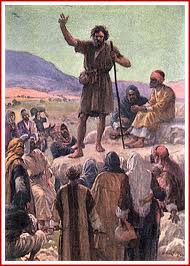 The Course of Performance is defined as the following in Websters New World Law Dictionary:

“The pattern of completing a recurring obligation under a contract when all parties are aware of the nature of the obligation and have had the opportunity in the past to object to how it is done. If a dispute later arises regarding the performance of that obligation and there was no previous objection, the courts will look to the course of performance to determine how the parties intended the obligation to be completed.”

Basically what they are saying is when there is a dispute over an issue and there are no “original” witnesses to refer to, then the court looks to the closest sources available to determine the performance of the contract and see how it was carried out. This same method should be used or at least considered when referring to Scripture and its teaching. Now we have Old Testament sources that are further explained and carried out in the New Testament. Sometimes the issue is plain and simple. But what about those issues that are not as clear? Where could you gain insight? Well, the Course of Performance would lead you to the Early Church Fathers at least the Ante-Nicene Fathers who lived before the Council of Nicea established in 325 AD. Sometimes when one reads a modern source, there is a lot of debate over what a certain New Testament text means. One group says it means “A,” when the other group says it means “B.” So where do you go? I mean, one group is convinced it is one way, and the other is convinced of the other way. The problem is they both claim to be led by the Holy Spirit. So where would one go? Well, they should consider the “Course of Performance.” What did the early Church think about the issue? How did they carry it out? Was it important? These questions and more should be considered. It isn’t that later Churches were wrong on the issues, but separated by time and more variation, the later Fathers and other church leaders are less reliable “usually.” Next time you are looking into something unsure about the Bible, you might ask yourself: “What did Polycarp, Ignatius, Irenaeus, Tertullian, Clement, etc… think about it?” You may have a better understanding. Polycarp was a disciple of John the Apostle!
Church History Hermeneutics