Do You See Bribes Going On? Legal Bribery 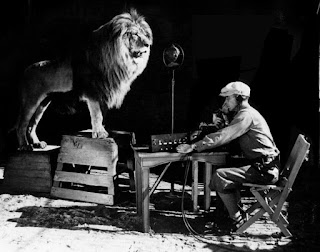 What drives someone to bribe? Two words, "fear" and "greed." I looked up the meaning of bribery this morning to see if I understood it correctly. Webster defines it the following way:

BRIBE, noun1. A price, reward, gift or favor bestowed or promised with a view to pervert the judgment, or corrupt the conduct of a judge, witness or other person. Abribe is a consideration given or promised to a person, to induce him to decide a cause, give testimony, or perform some act contrary to what he knows to be truth, justice or rectitude. It is not used in a good sense, unless in familiar language.
2. That which seduces.
Not the bribes of sordid wealth can seduce to leave these ever blooming sweets.
BRIBE, verb transitive To give or promise a reward or consideration, with a view to pervert the judgment, or corrupt the conduct. To hire for bad purposes; to purchase the decision of a judge, the testimony of a witness, or the performance of some act contrary to known truth, justice or rectitude.
1. To gain by a bribeIn familiar language, it is sometimes used in a good sense; as, to bribe a child to take a medicine. Dryden has used the word in a good sense, in solemn language; but such use is rare, and hardly legitimate.

So do you see bribery going on? It hit me the other day while driving down the road that both Republicans and Democrats vote based on who has supported them in their election campaigns. The old saying, "follow the money" holds a lot of water here. I looked it up, and it is common practice for large corporations and special interest groups to fund both political parties in an election, and then afterwards go to the winner and say: "Remember us?" These groups like to hire "lobbyists" to do their dirty work. What is a lobbyist you say?

A lobbyist is someone hired by a business or a cause to persuade legislators to support that business or cause. Lobbyists get paid to win favor from politicians. For example, oil companies send lobbyists to Washington to try to make life easier for oil companies.

So lobbyists are basically hired bribers. But it isn't just oil companies that participate in this. Financial institutions, animal rights groups, unions, religious groups, environmental groups, communications companies, car companies, and the list goes on and on. So if you want to know why your representative voted for something that is bad for the country or voted against something good? Look no further than their financial supporters. You see, "bribery" is illegal in the United States. So how do they get away with it? Well, they found a loophole. You see, lawyers are skilled in twisting words to their advantage and their clients. If they are able to find any ambiguity in the law, they will. It's illegal for an individual to bribe a politician, but it isn't for a large group such as a company or special interest group. There are passive ways to achieve this and the lobbyists have found it, and they are very skilled at it. They work well within the framework of the law in its twisted state. It is plain to see that politicians are bribed often for various reasons. There are a few Senators and Representatives that do not fall into this category. Senator Rand Paul is one that comes to mind. Nevertheless, he is the exception and not the rule. So what should we do? Something better be figured out before we lose all of our property, freedom, and eventually our life.