With Men This is Impossible

"And, behold, one came and said to Him, "Good Master, what good thing should I do, that I may receive eternal life?" And He said to him, "Why do you call me good? There is none good but One, that is, God: but if you wish to enter into Life, keep the commandments." He said to Him, "Which ones?" Jesus said, "You shall not murder,' You shall not commit adultery,' You shall not steal,' You shall not bear false witness,' Honor your father and mother:' and, 'You shall love your neighbor as yourself.'" The young man said to Him, "All these things I have kept from my youth: what do I lack?" Jesus said to him, "If you will be complete, go and sell what you have, and give to the poor, and you will have treasure in Heaven: and come, follow Me." But when the young man heard what He said, he went away sorrowful: because he had great possessions. Then Jesus said to His disciples, "Truly I say to you, That a rich man will hardly enter into the Kingdom of Heaven. And again I say to you, It is easier for a camel to go through the eye of  a needle than for a rich man to enter into the Kingdom of God." When His disciples heard it, they were exceedingly amazed, saying, "Who then can be saved?" But Jesus looked at them intently, and said to them, "With men this is impossible, but with God all things are possible." Matthew 19:16-26 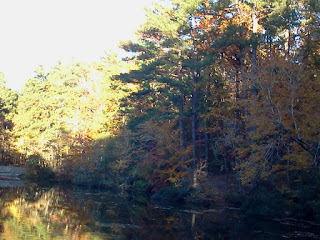 What are we to make of Jesus's statement here? It reminds me of the story of Saul, Samuel, and David. Saul originally was anointed King of Israel. He was tall, strong and looked the part, but not long after the beginning of his reign, he rebelled against God and His commands. Now he said he was sorry, but never repented of (or turned away from) his sins. God told Samuel that the heart of Saul was corrupt and that He rejected him for his rebellion and lack of repentance. Therefore, God moved Samuel to anoint a new King, a man who God could see his heart and know that he was able and worthy of the task. God told Samuel not to look at the outward appearance (Size, height, looks, etc..) but that He would tell Samuel who to choose. After being sent to the house of Jesse, God pointed to David, the youngest and most unlikely candidate for king. Nevertheless, Samuel obeyed God and anointed the young sheep-herder to be King of Israel. God told Samuel that He doesn't see as man sees, He sees the heart. Therefore, only God is able to see and move the heart of man. As Jesus said: "With men this is impossible, but with God all things are possible." If you are seeking God, pray that He would open your eyes to see and your ears to hear. Only he can turn a heart of stone to a heart of flesh. Seek and you will find. The story I referred to is in 1 Samuel 16-18, or in the Septuagint 1 Kingdoms 16-18. May God open your heart to see only what He can show you.
Heart of Man Sovereignty of God