Christian Catechism – The Saviour’s Coming and Work of Redemption 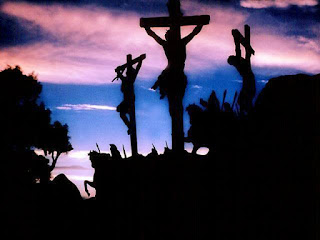 The Saviour’s Coming and Work of Redemption

When did the Saviour appear in this world?
When the time, which bad been predicted, was fully come, God sent his Son. – Gen. 49: 10, Gal. 4: 4.
In what wise was his birth?
He was conceived by the Holy Ghost, and was born of the virgin Mary; and he was named Jesus-Matt. 1: 18-25, Luke 1: 25.
Where was the Saviour born?
At Bethlehem, in Judea. – Mich. 5:2, Luke 2:4.
What was the condition, in which he was born?
Poor and despised: he was born in a stable, at Bethlehem. – Luke 2: 7.
Where was he brought up?
At Nazareth. – Luke 4: 16.
When was Christ proclaimed, as the Son of God?
When be was baptized of John, “and began to be about thirty years of age:” for a voice was heard from heaven, which said: This is my beloved Son; in whom I am well pleased. – Matt, 3: 17, Luke 3: 22.
Whereby did the Lord Jesus show that he is the Saviour of the world?
By his doctrine and miracles: for he taught as one that had authority, and not as the scribes; and he performed also many miracles. – Mark 1: 22, John 11: 47.
What was the substance of his preaching?
Repent ye, and believe the gospel. – Mark 1:16.
What miracles did the Lord perform?
He opened the eyes of the blind, made the lame walk, cleansed lepers, unstopped the ears of the deaf, loosed the tongues of the dumb; be raised the dead; and did many other miracles. –Luke 7: 19-22.
What did the Lord Jesus finally do for us?
He died for our sins according to the Scriptures – 1 Cor. 15: 3.
What is in reality the death of the Lord?
It is an offering for the sins of the whole world by which he hath perfected for ever them that are sanctified. – Heb. 10: 14.
When did his sufferings begin?
In the night, in which he was betrayed by Judas, in the garden of Gethsemane, his soul became exceeding sorrowful, even unto death. – Matt. 26: 36-38.
Why had he to suffer such agony?
The Lord had laid on him the iniquity of us all. – Isa. 53: 6-7.
What followed his agony of soul?
He suffered himself to be taken, condemned, and to be delivered over unto death, by Pontius Pilate, a Gentile judge. – Matt. 26 and 27.
What death did the Saviour die?
He was crucified without the gates of Jerusalem, between two murderers. –John 19: 17-18.
Why had the Saviour to die on the cross?
Thereby to redeem us from the curse; for it is written: Cursed is every one that hangeth on a tree. – Gal. 3:13.
Was the Lord Jesus also buried?
Yes: they laid him in a new tomb, hewn out in the rock. – Matt. 27: 60.
Did he remain in the tomb?
No: he arose on the third day, according to the Scriptures. – Luke. 24: 34, 1 Cor. 15: 4, Ps. 16: 10, John 2: 1.
Of what does his resurrection assure us?
That we are justified through his blood: for he was delivered for our offences, and was raised again for our justification. – Rom. 4: 25.
Where did the Lord Jesus remain after his resurrection?
He shewed himself alive to his disciples, being seen of them forty days, and speaking of the things pertaining to the kingdom of God. – Acts 1: 3.
What took place at the end of the forty days?
Jesus led out his disciples as far as Bethany, on Mount Olivet, and there ascended toward heaven. – Luke 24: 50-51, Acts 1: 9-11.
What did the Lord Jesus obtain for us by his ascension?
By his own blood , he entered in once into the holy place, having obtained eternal redemption for us. – Heb. 9: 12, 1 John 2: 1.
The Lord Jesus having accomplished the work of redemption, in what offices are we to consider him?
As our Prophet, High-priest and King.
In what does his prophetic office consist?
He teaches us the way to salvation, prophesies of future events, and confirms the same by miracles; for this was the office of a prophet under the Old Testament dispensation. – Deut. 18: 15, Matt. 5: 18-19, Matt. 20:18-19.
What did the Saviour do as a High-priest?
As a High-priest he gave himself an offering; he intercedes for his people; and blesses his own. – Eph. 5: 2, Heb. 9:26, John 17, Rom. 8:34. Luke 24: 50, Eph. 1: 3.
In what does Christ’s office as a king consist?
He gives commands and laws; he governs his people; he puts all his enemies under his feet; he protects and rewards his own. – John 13: 34, Jer. 23: 5, 1 Cor. 15: 25, Matt. 25:34.
What kind of a kingdom has Jesus?
He has no temporal kingdom upon earth; but a spiritual kingdom of grace in his faithful believers; and he possesses a heavenly kingdom of glory, into which he will eventually bring all his believers. – John 18: 36, Luke 1: 33, Chap. 17: 21, 2 Tim. 4: 18.
Catechism Jesus Christ Justification Redemption Salvation Sanctification & Perseverance