Justin Martyr’s First Apology – A Plea for a Fair Hearing 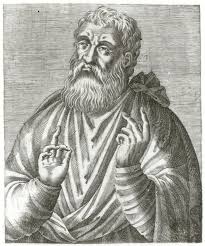