Synergism is not Semi-Pelagianism

on June 27, 2016
I have recently moved from being a Monergist to a Synergist in my Theology. It is the only way in my mind to logically make sense of the matchless Sovereignty of God and His call for us to be responsible with the "grace" He has given us. I know that some may be disappointed in this revelation, but the truth is that this move is not huge. Now some would like to say that Synergism is Semi-Pelagianism, however, that is not factual. I ran across the post I am placing below at: http://marccortez.com/2010/11/20/synergism-is-not-semi-pelagianism/
I have found it to be helpful and it offers clarity to the many confused terms that are thrown out when Theological debates ensue.

Synergism is not Semi-Pelagianism 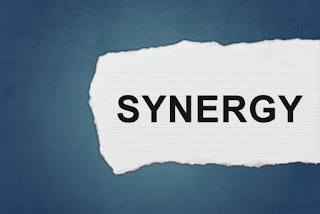 I often hear people suggest that any theology suggesting that humans “cooperate” with God’s grace in the process of salvation (synergism) is essentially the same as the heresy of semi-Pelagianism–i.e. the idea that human effort plays at least some role in initiating salvation. Implicit behind the claim  seems to be the  idea that anything other than pure monergism is borderline heresy. It’s not quite rampant heresy (Pelagianism), but it’s really close (semi-Pelagianism).

There are both historical and theological reasons for rejecting this claim. Historically, we should at least recognize that semi-Pelagianism was a movement that arose after the time of Pelagius, was primarily associated with certain monastic groups in the 5th and early-6th centuries, and was condemned as heretical at the Second Council of Orange  (529). So, historically speaking, if you call someone a semi-Pelagian, you actually are calling him/her a heretic – not just a near-heretic.
Theologically, it is not true that synergists are necessarily semi-Pelagian. And here it’s important that we define our terms.

Pelagian: any system in which the human person is capable of achieving salvation entirely on his/her own with no divine assistance other than common grace (i.e. the grace necessary for any being to exist).
Semi-Pelagian: any system in which the process of salvation is initiated by the human person apart from any grace other than common grace, but in which the process of salvation is synergistically completed by the cooperative interaction of both divine and human.
Synergism: any system that affirms some kind of cooperative interaction between the divine and the human in the process of salvation
Based on these definitions, we can draw the following conclusions:
Using these (admittedly cursory) definitions, we can say that a number of very prominent soteriologies are synergistic but not semi-Pelagian (e.g., Eastern Orthodox, Catholic, Wesleyan, etc.). When theologians make blanket statements to the effect that all synergists are semi-Pelagian, they (hopefully unwittingly) question the orthodoxy of vast swaths of Christianity, including nearly all of the Church Fathers.
So take this as a plea to all monergists. Please stop claiming that synergism simply is semi-Pelagian. That claim is neither historically nor theologically correct.
Monergism Semi-Pelagianism Synergism