It Is Not For You To Know, Presumptuous Christianity 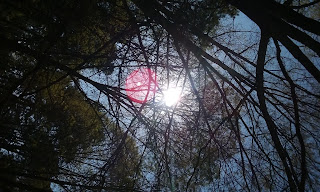 Acts 1:7-8 "And he (Jesus) said to them, It is not for you to know the times or the seasons, which the Father has put in his own power. But you shall receive power afterwards when the Holy Spirit comes upon you: and you shall be witnesses for me both in Jerusalem, and in all Judea, and in Samaria, and unto the uttermost part of the earth."

Paul once told the Corinthian church that "knowledge puffs up" (1 Corinthians 8:1). Now he wasn't rebuking knowledge, but the misuse of it. Knowledge can only be used properly (Wisdom) through faith and humility. However, the unwise use knowledge to parade themselves in pride and presumption under a false humility. Presumption is the supposition of the truth or real existence of something without direct or positive proof of the fact, but grounded on circumstantial or probable evidence which entitles it to belief. The root of presupposition is pride. Pride is inordinate self-esteem; an unreasonable conceit of one's own superiority in talents, beauty, wealth, accomplishments, rank or elevation in office, which manifests itself in lofty airs, distance, reserve, and often in contempt of others. If you haven't noticed, post-modern America and the rest of the world for that matter is "eaten up" with pride and presumption. There is a lot we "can know," but there is a lot we don't know.

What question was Jesus answering? Acts 1:6 "Therefore, when they came together, they asked him, saying, Lord, will you at this time restore the kingdom to Israel?" to which he replied:"It is not for you to know the times or the seasons." So we can safely say that there are certain things not reserved for us to know. Now, after the coming of the Spirit at Pentecost, the Apostles knew better the nature of the kingdom, but they still didn't know when Jesus would return, and neither do we. The early church was primarily made up of those who held to Historic Premillennialism and Amillennialism, although they didn't have a name for it.

So what are we to do? Wait, but not wait as someone waiting for a bus on the corner. We are commanded to work. Martin Luther said something that has come to be one of my favorite quotes from him, and it goes like this: "Even if I knew that tomorrow the world would go to pieces, I would still plant my apple tree." Why would he say something like that?


Matthew 24:37-51 "But as the days of Noah were, so also will the coming of the Son of man be.  For as in the days that were before the flood they were eating and drinking, marrying and giving in marriage, until the day that Noah entered into the ark, and did not know until the flood came, and took them all away; so will also the coming of the Son of man be. Then two will be in the field; the one will be taken, and the other left. Two women will be grinding at the mill; the one will be taken, and the other left. Watch therefore: for you do not know what hour your Lord will come. But know this, that if the good man of the house had known in what watch the thief would come, he would have watched, and would not have suffered his house to be broken up. Therefore you be ready also: for in such an hour as you do not think, the Son of man will come. Who then is a faithful and wise servant, whom his lord has made ruler over his household, to give them meat in due season? Blessed is that servant, whom his lord when he comes will find so doing. Verily I say unto you, That he will make him ruler over all his goods.  But and if that evil servant will say in his heart, My lord delays his coming;  and will begin to smite his fellow servants, and to eat and drink with the drunken;  the lord of that servant will come in a day when he doesn't look for him, and in an hour that he is not aware of,  and will cut him asunder, and appoint him his portion with the hypocrites: there will be weeping and gnashing of teeth."

So you might say: "Didn't the Lord come in judgment on Israel in A.D. 70?" I think that would be a fair assessment, and that would be a coming of sorts. That generation saw judgment and desolation unlike any before them. If you don't believe me, just read the Jewish historian Josephus. The truth is that Jesus will come in two ways: death, and a bodily return. We don't know when Jesus will come back here to the earth to exact judgment, but we all know that we will face death, and then the judgment (Hebrews 9:27). Beware of those who say they "know" the day or the hour. I don't care how many degrees they hold or how many years they've been in the ministry. Beware. God resists the proud and presumptuous (James 4:6/ 1 Peter 5:5). In conclusion, the Bible places a higher premium on following the commands of Jesus that he shared in the "Sermon on the Mount," the "Sermon on the Plain," and his various other teachings including the ones above. He never condoned sitting around and trying to discern "the day and the hour" of his return using the Bible and a newspaper.
Final Things Josephus Martin Luther Presumption Pride Work