The Humble and Lowly Aren't Unclean and Lustful 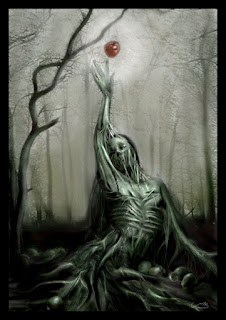 "16 Be of the same mind one toward another. Don’t set your mind on high things, but associate with the humble. Don’t be wise in your own conceits." Romans 12:16 WEB

"16 But I say, walk by the Spirit, and you won’t fulfill the lust of the flesh.17 For the flesh lusts against the Spirit, and the Spirit against the flesh; and these are contrary to one another, that you may not do the things that you desire. 18 But if you are led by the Spirit, you are not under the law. 19 Now the deeds of the flesh are obvious, which are: adultery, sexual immorality, uncleanness, lustfulness, 20 idolatry, sorcery, hatred, strife, jealousies, outbursts of anger, rivalries, divisions, heresies, 21 envy, murders, drunkenness, orgies, and things like these; of which I forewarn you, even as I also forewarned you, that those who practice such things will not inherit God’s Kingdom.22 But the fruit of the Spirit is love, joy, peace, patience, kindness, goodness, faith,* 23 gentleness, and self-control. Against such things there is no law.24 Those who belong to Christ have crucified the flesh with its passions and lusts.25 If we live by the Spirit, let’s also walk by the Spirit. 26 Let’s not become conceited, provoking one another, and envying one another." Galatians 5:16-26 WEB

Setting our minds on heavenly things isn't always easy living in this world. I was moved a few days ago to explore what the Bible says about associating with the lowly, and I certainly am being challenged and encouraged to follow this old path. I found a connection between Romans 12:16 and Galatians 5:16 that was helpful to develop this understanding. Our world is "full" of Proud and self-seeking men and women. Their behavior is evidence of this truth and that is why I am examining this topic lest I find myself opposing God. Right now we are looking to what it isn't, and then we will eventually look to what it looks like to "be" and "associate" with the humble.

What does it mean to be unclean? I personally think of an old ranch hand who desperately needs a bath and has been out on the range for a month!

Uncleanness - ἀκαθαρσία: Is, in a moral sense: the impurity of lustful, luxurious, profligate living

I spoke quite a bit about lust in my previous post. I am no Greek scholar, and I am sure there are some out there who could break this down even further for you. Nevertheless, I am going to do the best I can with what I have here. It may come to you as a surprise, but not all "lust" is sexual. Lust is actually a negative term to illustrate an inordinate desire. Therefore, Paul's general reference here I think is intentional. All forms of lust are dangerous to the body and soul. Lust is a longing desire and an eagerness to enjoy something that is driven by a carnal desire beyond what is lawful in God's eyes. Not "all" desire is evil, but carnal desire is evil. Webster defined luxury the following way:


A free or extravagant indulgence in the pleasures of the table, as in rich and expensive diet, or delicious food and liquors; voluptuousness in the gratification of appetite; or the free indulgence in costly dress and equipage.


Webster pretty much defined most Americans in their pursuit of stuff. This scared me a bit because I have been there. I have never been rich according to American standards, but according to the rest of the world, I have lived pretty luxurious. While we quibble and fight over all of the stuff that we have or desire to have, what is happening to our souls? Jesus taught us that we should desire God and His ways above all, and only keep what we "need" (Matthew 6:19-33). Longing for luxury leads to lustfulness that is soul-damaging and can eventually lead to other destructive sins. What is profligate living? Webster also defines profligate for us as:


Abandoned to vice; lost to principle, virtue or decency; extremely vicious; shameless in wickedness; as a profligate man or wretch.


Webster also tells us that profligate comes from a Latin root, which means to ruin. Ruinous living you might say. Notice that he said they are "abandoned" to vice. Have you given up and thrown caution to the wind? Virtue and decency have been abandoned. Decency is just exemplified in someone who exercises the "fruit of the spirit" in the way they think, talk, and act. Someone who has abandoned this is the exact opposite. Notice too that Webster says "extremely vicious." Worldly culture has always gone in this direction. Folks are vicious to one another in their thoughts, words, and actions. You can turn on the nightly news to see this on display. It seems that most people enjoy the drama and spectacle that is made of humanity on the news. The News organization's ratings shoot through the roof when there is a tragedy, riot, killing, or something of the sort. Viciousness is lurking beneath.  Of course he also said that they are "shameless." Not like Garth Brooks, but a different kind. They are "ruinous" in the way they live, to themselves and those around them. Humble folk are just the opposite. The Humble do not participate in extravagant and ruinous living. They are satisfied with bread, and desire to give all they can spare to those who need it (1 Timothy 6:8).

Paul had a reason for condemning lustful desires. They seem to be the outward manifestation of something much deeper and ugly. It is like a venomous demon living in our souls committing acts of vandalism and sacrilege. After all, our bodies are suppose to be the Temple of God (1 Corinthians 6:19).