Beware of The News Media 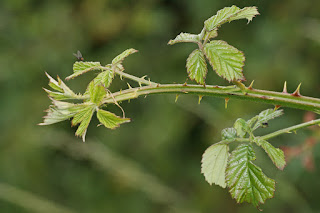 Will Rogers once said:

"Live in such a way that you would not be ashamed to sell your parrot to the town gossip."

Backbiters, Gossips, Whisperers, Revilers, Contentious, Hypocrites, and Slanderers are some of the words I think of when asked to describe the News Media at large today. There was a time where men of integrity reported news of events that were happening in our world, country, and community. But, not anymore. The News Media has been devolving into a mutant monster devoid of the concern for truth and integrity. It has disappeared entirely. Some say that journalism is dead. I suspect they're correct at least from where I'm sitting.
Paul Newman rightly stated:

"The accusation is always on the first page, and the retraction on page 19."

We always should strive to live a life of integrity and honesty, and what Will Rogers said is true. However, slander is also on the rise. Most outlets aren't concerned with the truth, only the seriousness of the accusations. I have found that this is true in so many aspects. The media has lost its integrity, and most people are skeptical of their reporting of the news. I always ask a few questions:
These are just a few questions that I ask before accepting a news report via television, Internet, or printed media. When I find the answers to those questions above, most of the time I have to cull the information due to the fact it is either slander, gossip, backbiting, favoritism, or a half-truth that needs more information to get a full understanding of the situation.
I have found a few semi-objective sources here on the Internet, but there are few. I suppose that there isn't a group that is totally objective. However, a good journalist is always willing to set his or her personal preferences aside to get to the truth. This is so regardless of the outcome. However, news today is aimed at manipulating a particular outcome. Stories and sound-bytes are designed in hopes to coax an unsuspecting population into a desired perspective. I'm not saying that you should be cynical, but before you buy into a headline or a commentators spill, I suggest that you wait a while and do some research. Most of the outlets today not only skew information deliberately, they re-define terms. These men and women are masters at re-defining the English language to the point where Webster wouldn't know what they were talking about. I urge you to keep a dictionary handy, and pay attention to the context of the writing along with the tone. Most of the news pieces today are garbage and a serious insult to English grammar and the language itself. They are hoping for an unsuspecting and ignorant population who doesn't have the will to think for themselves.
With all of that being said, I recommend lowering your intake of media. It has been found to have a negative effect on the human brain and overall health. Years ago I listened to a lot of talk radio, and years ago I was a lot angrier. My wife asked me quite often: "What's with you?" I turned off the radio, TV, and Internet for a couple of weeks, and found out that I was a lot happier. Now I'm not advocating that you "stick your head in the sand," but what I am saying is that you might want to lower your intake. I've found that so many others I know are addicted to media that they usually tell me what's going on. If they tell me something that I find interesting, I'll look into it. However, most of the time what they are saying is here say and unreliable at best. The Bible tells us to be "slow to speak, and slow to anger." I apply that same principle and think that others should do the same. If the media were a little slower to speak and write, we might have better quality information. However, sometimes they are slow, but it is only an intentional effort to mislead. So I guess that you should be careful and objective when looking for the truth. It's not always easy to find these days. Below there is a link to a great article related to Public Health and media. I recommend you check it out.