Stop Being a Selfish and Dishonest Dirt-bag 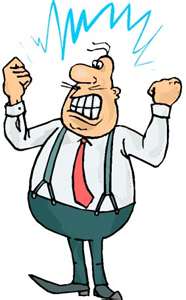