Seeking Common Ground and Tolerance Within The Body of Christ 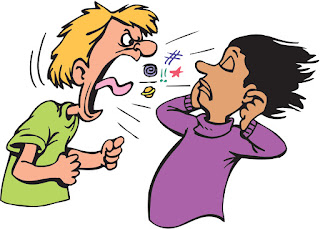 Have you ever been accused of not knowing God or maybe even accused of being a messenger of Satan? I have. I had a little Pentecostal woman tell me one time that I was the messenger of Satan. I was seeking to resolve a conflict between her and another person that I don't even remember now what it was about. Needless to say, it didn't go very well, and I've never been able to figure out why someone could be so unreasonable. However, I do think I know based on what I will share below. In recent days, I have learned that some think I am not a Christian because of what they think me and my friends believe concerning the Sovereignty of God in salvation. This thought may lead to division, and I see what they have described about what we believe as a big misunderstanding. Oh how hard these things are to discuss! I saw a Bonanza episode the other night where Hoss Cartwright was encouraging an Italian Immigrant who had been discriminated against for being different that people like those that were harassing the man were just afraid of what they didn't know or understand. The Spirit of Fear (2 Timothy 1:7) is running wild in our world, and it is unfortunately strong among many professing Christians. And as James would say: "These things should not be!" James said something very wise here:

"Where do wars and fightings among you come from? Don’t they come from your passions that war in your members? You lust, and don’t have. You murder and covet, and can’t obtain. You fight and make war. You don’t have, because you don’t ask. You ask, and don’t receive, because you ask with wrong motives, so that you may spend it for your pleasures. You adulterers and adulteresses, don’t you know that friendship with the world is hostility toward God? Whoever therefore wants to be a friend of the world makes himself an enemy of God. Or do you think that the Scripture says in vain, “The Spirit who lives in us yearns jealously”? But he gives more grace. Therefore it says, “God resists the proud, but gives grace to the humble.” Be subject therefore to God. But resist the devil, and he will flee from you. Draw near to God, and he will draw near to you. Cleanse your hands, you sinners; and purify your hearts, you double-minded. Lament, mourn, and weep. Let your laughter be turned to mourning, and your joy to gloom. Humble yourselves in the sight of the Lord, and he will exalt you. Don’t speak against one another, brothers. He who speaks against a brother and judges his brother, speaks against the law and judges the law. But if you judge the law, you are not a doer of the law, but a judge. Only one is the lawgiver, who is able to save and to destroy. But who are you to judge another?" James 4:1-12 WEB

We war and fight because of our passions, and many times it is our passion to be right and better. In the end he said: "But who are you to judge another?" We all know that judgment isn't prohibited but asked to be done with a humble and thoughtful demeanor. Paul said for us all to be patient with one another:

"Put on therefore, as God’s chosen ones, holy and beloved, a heart of compassion, kindness, lowliness, humility, and perseverance; bearing with one another, and forgiving each other, if any man has a complaint against any; even as Christ forgave you, so you also do.
Above all these things, walk in love, which is the bond of perfection. And let the peace of God rule in your hearts, to which also you were called in one body; and be thankful. Let the word of Christ dwell in you richly; in all wisdom teaching and admonishing one another with psalms, hymns, and spiritual songs, singing with grace in your heart to the Lord.
Whatever you do, in word or in deed, do all in the name of the Lord Jesus, giving thanks to God the Father, through him." Colossians 3:12-17 WEB

Christians should put on what Paul prescribes here. That means that when there is a disagreement on anything, especially a point of doctrine, this is how we should conduct ourselves. We should be compassionate and lowly, because we don't know everything and have struggled with the Bible and its teachings at times ourselves. Humility is the root of faith, and Pride is the root of unbelief. We should persevere in these things and bear our brother and sister's burdens and even struggles with Biblical teaching. We should seek to understand them better and make sure we know what they are saying. We should all seek to shed light on the issue and not bring heat. The work of a man or woman of God is to yes teach the truth, but also to nurture and be patient with those who are coming along in the faith. Even when our peers have a pointed disagreement over doctrine, an effort for unity should be made. We should never be eager to cast off fellowship. The reason we have such a plethora of denominations is because of an unwillingness to be patient and follow Paul's prescription in Colossians 3.
Where should we draw the line? Paul said it like this:

"With all lowliness and meekness, with longsuffering, forbearing one another in love;" Ephesians 4:2 KJV

What does it say about God?

"The Lord is not slack concerning his promise, as some men count slackness; but is longsuffering to us-ward, not willing that any should perish, but that all should come to repentance." 2 Peter 3:9 KJV

Longsuffering is an interesting word. It infers that someone isn't just patient, but really, really, really patient. They have a looooong wick. They endure a lot. If you think about it, God puts up with a lot from us. We should be the same with each other. As we ponder God's Sovereignty and man's responsibility, and many other topics, we should understand that these things are BIG and difficult to describe because we are finite beings trying to describe an infinite truth.
It is my prayer that those who have labeled me and my brethren in such an unfavorable light will give us a fair hearing to try and restore unity. Even if we disagree on the mechanics of how God works His power in Salvation. I see this as a struggle by all of us on both sides to try and be faithful to God and His written word. It is difficult given our limitations. I submit that there are a great many things that we won't understand or fully comprehend this side of eternity (1 Corinthians 13:12). That is why we should be patient and tolerant concerning these things.
Community Contentment Division Peace Tolerance