The Church Universal and Local: A Look at Ephesians 4:1-16 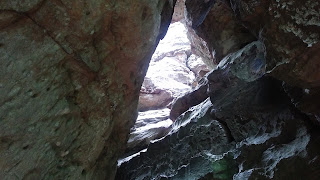 "I, therefore, the prisoner for the Lord, urge you to live worthily of the calling with which you have been called,  with all humility and gentleness, with patience, bearing with one another in love, making every effort to keep the unity of the Spirit in the bond of peace. There is one body and one Spirit, just as you too were called to the one hope of your calling, one Lord, one faith, one baptism, one God and Father of all, who is over all and through all and in all. But to each one of us grace was given according to the measure of the gift of Christ. Therefore it says, “When he ascended on high he captured captives; he gave gifts to men.” Now what is the meaning of “he ascended,” except that he also descended to the lower regions, namely, the earth? He, the very one who descended, is also the one who ascended above all the heavens, in order to fill all things. It was he who gave some as apostles, some as prophets, some as evangelists, and some as pastors and teachers, to equip the saints for the work of ministry, that is, to build up the body of Christ, until we all attain to the unity of the faith and of the knowledge of the Son of God—a mature person, attaining to the measure of Christ’s full stature. So we are no longer to be children, tossed back and forth by waves and carried about by every wind of teaching by the trickery of people who craftily carry out their deceitful schemes. But practicing the truth in love, we will in all things grow up into Christ, who is the head. From him the whole body grows, fitted and held together through every supporting ligament. As each one does its part, the body grows in love. " Ephesians 4:1-16 NET

There are many things one can see in this text, but for sure all of it is a progression. First thing to observe is that Paul was in prison. It is believed by most scholars that Paul wrote the letter during his first Roman imprisonment sometime after 62 A.D. One reason this is believed is that Clement of Rome cited the book of Ephesians around 95 A.D, and we know the authorship was before then.

Paul sees himself as a prisoner, and being afflicted for the sake of the Kingdom of God was seen as a great honor (Romans 5:3/1 Peter 2:20/Philippians 1:12), and still is among believers today. The early church suffered many hardships. They sometimes met in homes, caves, caverns, and even catacombs to avoid being caught by the Roman government. Yet, they were willing to suffer for the name of Jesus, and each other.

Paul first instructed the Ephesian church to live in such a way that is suitable to the calling that God has given them. They are encouraged to do this with every bit of gifting that God has given them. These gifts are displayed in an attitude of humility (lowliness), gentleness (meekness), patience (longsuffering), and a willingness to put up with each other (because the journey of life in this world is difficult and strenuous, and we can't expect to have it easy), which is loving. Love isn't a feeling, and it isn't something that happens to you like getting sick. Love is something you commit to do, and do it faithfully. Husbands and wives for example are called to endure hardship together, even when the hardship is dealing with each other. They are to be loyal to one another. In the context of the church, we are suppose to be loyal to the head who is God, and likewise to one another like a committed husband or wife is to their spouse. That is what love is.

True unity, which is a function of the Holy Spirit, forms a lasting bond of peace. Paul went on to describe this bond by linking faith and baptism to God who is Father of everything. He is over it, through it, and in it (Matthew 3:11/John 3:5/Acts 11:15-16). Then, Paul describes the fact that each one of God's Kingdom people are given a measure of the gift of Christ. Strong's definition of the Greek word "measure" goes as follows:

μέτρον -metron-1. an instrument for measuring;
a. a vessel for receiving and determining the quantity of things, whether dry or liquid:

Therefore, we are the instrument for measuring, and each one of us has the measure that God has ordained. The incarnation of Jesus Christ along with His life, death, and resurrection are referred to here, and these acts were done so that these measured gifts could be "filled." These gifts are filled in the following way:

ἀπόστολος - apostolos - apostle - a delegate, messenger, one sent forth with orders
προφήτης - prophētēs - prophet - an interpreter or spokesman for God; one through whom God speaks
εὐαγγελιστής - euaggelistēs - evangelist - a bringer of good tidings, an evangelist

And those who were gifted with these gifts were charged with equipping the:

And these saints (The chosen possession spoken of in Ephesians 1:1-16) collectively make up the whole Body of Christ, who is the head of the body:

The word anoint is one that references to an old custom where prophets, priests, and kings were all called by God and their people. A ceremony was conducted where in the ceremony expensive oil was poured upon the head of the one chosen one for the office. The Bible refers to Jesus as our prophet (John 1:18/14:26/20:31), priest (Hebrews 2:17/7:25/9:28), and king (Psalm 110:3/Matthew 2:6/1 Corinthians 15:25), therefore the word is appropriate.

These saints who collectively make up the body of the "anointed one," until they all "arrive at" the unity of the conviction of and belief in God and knowledge of the Son of God. They will be

succeeding to achieve to the measure of the "anointed's" full stature (reputation). In light of all this, the Ephesians are supposed to not be children anymore, being tossed back and forth by every wind of teaching by the trickery of people and cunning false wisdom of the world, the flesh, and the devil.

When the Christian "practices" the truth, in love, they "will" grow up into Christ who is the head. Every part of the body is dependent on Him to grow. The whole body (the church) will grow in love when they obey this calling.

In essence, that is what Paul is telling them. The church is one unit like a body that is dependent on the Head for its life. While the head is in control and the body responds to the signals from the brain, the body will also benefit and be one with it's leader as it follows the ways of the Head. God's universal church does this. The local church is called to this, but what we see with our eyes is what Christ refers to in  Matthew 13:24-30 NET:

"He presented them with another parable: “The kingdom of heaven is like a person who sowed good seed in his field. But while everyone was sleeping, an enemy came and sowed weeds among the wheat and went away. When the plants sprouted and bore grain, then the weeds also appeared. So the slaves of the owner came and said to him, ‘Sir, didn’t you sow good seed in your field? Then where did the weeds come from?’ He said, ‘An enemy has done this.’ So the slaves replied, ‘Do you want us to go and gather them?’ But he said, ‘No, since in gathering the weeds you may uproot the wheat with them. Let both grow together until the harvest. At harvest time I will tell the reapers, “First collect the weeds and tie them in bundles to be burned, but then gather the wheat into my barn.”’”

Another parable of Jesus represents this in Matthew 25:31-46 NET:

Therefore, this is what we see with our eyes when we look into the local church. We will see weeds among the wheat, and goats among the sheep. The reason I am pointing this out is that many churches get a bad rap, and rightly so, because there are many times impostors among them. Another reality that is illustrated in the main text is that the "saints" are growing into the position that they have been called to. That means that the journey will be riddled with mistakes and sins of which they will be sorry. However, confession and repentance will always result from those who are among the "chosen."
Ancient Church Church History Clement of Rome Community Holy Spirit Humility Persecution Repentance Salvation Sanctification & Perseverance