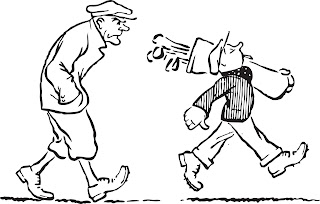 Human anger can be a terrible thing. We see the result of its fury in war, fist-fights, verbal arguments, courts of law, the printed and television news, and crimes of every kind. Usually embedded into the anger of man is revenge, hatred, and malice. Anger can also be stimulated by lust, greed, and vain ambitions of many kinds. I have been there, and I surely see it more often than I would like. I have even seen a righteous anger toward some injustice done turn bad when the person angered sought to distribute punishment themselves. This happens even when the person knows that the Bible clearly tells us to leave it to God and the state (Deuteronomy 32:35; Romans 12:19; Romans 13:1-7). Jesus equates anger with murder because an angry soul is the root of murderous acts. Of course anger has many hats that it wears, so it may look different in how it manifests itself, but in the end they all have the same angry root. James 1:19 says:


" Know this, my beloved brothers: let every person be quick to hear, slow to speak, slow to anger; 20 for the anger of man does not produce the righteousness of God." James 1:19-20 ESV

I did want to address the textual issue above between the ESV (English Standard Version) and the NKJV (New King James Version). As you may know, the ESV comes from a different New Testament textual tradition than the KJV (King James Version) and the NKJV. Whether or not the clause in the NKJV is authentic, we don't really know. A lot of water has gone under the bridge since the time of the original writings. The oldest manuscripts we possess do not contain the clause, but that doesn't necessarily mean the originals didn't. There are many manuscripts the King James translators had that we do not possess today. Some have been lost and some destroyed. It is known that Erasmus had access to Codex Vatacanus which is one of the base Greek manuscripts for the New Testament translations like the ESV and he didn't use it when organizing his Greek New Testament. If you want to know why he didn't use it, there will be no satisfaction there. The truth of this is something we don't know, so it is my opinion that we will just have to accept that both traditions are relevant and valid. Neither set of manuscripts teach a different message, they just tell the story a little different. It's no different than the issue between the Hebrew Masoretic text , the Latin Vulgate, and the Greek Septuagint as Old Testament texts. Early Christians used the Septuagint because that is all that was available. In fact, many of the quotations of the Old Testament in the New Testament writings are direct quotes of the Septuagint. There are some that are direct from the Masoretic. Paul referred to both in his writings and this should educate us that ancients weren't obsessed with exactness like we are in our modern scientific society. Until the late 4th century when Jerome published the Vulgate and used a Hebrew text for the basis for his Latin translation, the Greek Septuagint was the standard in the ancient world for Old Testament access. This should tell us the importance of translating the Bible into many languages for the World to know the Gospel. Today in the West, we use the Masoretic Hebrew for the basis of our Old Testament, and we can thank Jerome for the reasoning behind this decision. All that being said, none of us can be too presumptuous about the textual variations. I personally like both renderings of Matthew 5:22.

Now back to the main issue. Even though the phrase "without a cause" is absent from the ESV, the clause is still correct. Ephesians 4:26-27 ESV says: "26 Be angry and do not sin; do not let the sun go down on your anger, 27 and give no opportunity to the devil." From this text we see that righteous anger is tempered with sobriety and restraint. Unrighteous anger is quick, swift, and merciless. We are not in the place of God, and we cannot exact righteous judgment. Even a government that is ordained by God and run by mankind is bereft of righteous discernment. What government on earth do you know of that always delves out righteous judgments? Therefore, we must be tempered with restraint, slowness, and even pity for those we are angry with. We also need to examine the reason and the source for our anger. Is our anger a result of righteous indignation? or just selfish pride? This goes also for government officials who wield the sword of judgment. They will not escape the righteous judgment of God. The reason we should be slow to react to the anger that wells up inside of us is only because we also are sinners who deserve death and judgment, yet God has offered us a way of mercy and restoration. It doesn't mean that the government should not exercise their God-given authority, but they should do it based on a righteous cause. What about personal wrongs? I want to recommend a link for further thought on this subject. You can go to https://www.desiringgod.org/interviews/is-it-possible-to-be-angry-and-not-sin
As far as the Apostle Paul, here is what he had to say about it:


"9 Let love be genuine. Abhor what is evil; hold fast to what is good.10 Love one another with brotherly affection. Outdo one another in showing honor. 11 Do not be slothful in zeal, be fervent in spirit, serve the Lord. 12 Rejoice in hope, be patient in tribulation, be constant in prayer. 13 Contribute to the needs of the saints and seek to show hospitality.14 Bless those who persecute you; bless and do not curse them.15 Rejoice with those who rejoice, weep with those who weep. 16 Live in harmony with one another. Do not be haughty, but associate with the lowly. Never be wise in your own sight. 17 Repay no one evil for evil, but give thought to do what is honorable in the sight of all. 18 If possible, so far as it depends on you, live peaceably with all. 19 Beloved, never avenge yourselves, but leave it to the wrath of God, for it is written, “Vengeance is mine, I will repay, says the Lord.” 20 To the contrary, “if your enemy is hungry, feed him; if he is thirsty, give him something to drink; for by so doing you will heap burning coals on his head.” 21 Do not be overcome by evil, but overcome evil with good." Romans 12:9-21 ESV