The Legend of The Vaudois and Historical Conflation With The Waldenses 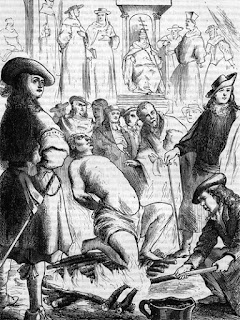 The Waldenses were a group that grew out of a movement started by a man named Peter Waldo (1140-1218 A.D.). It was a pre-reformation movement. While my knowledge is somewhat limited, there was a group that existed called the Vaudois of the Piedmont Valley that has roots existing long before Waldo. Roman Catholic Historians have all but wiped their memory from history. The only evidence I am aware of comes from a few sources. They had a legend in their community that they received their Scriptures from the Church at Antioch. I don't think it can be verified indefinitely, but it is an interesting claim. The crusades that went on from 1096 to 1291 A.D. not only involved dealing with the Moors and Turks in the Middle East, but it also involved trying to wipe out groups like the Vaudois. I would say that their doctrines probably reflect more of an Anabaptist perspective without the pacifism. Roman Catholic, and now Protestant historians conflate the Waldensians with the Vaudois, so it is difficult to find information about the Vaudois without it being more Waldensian. I am not sure why, but ten or so years ago I began to see this trend. The only guess I have as to why this was done is that some of the Vaudois did join Peter Waldo and his movement. In addition to that, many of the Vaudois joined the Reformation when it came on the scene. This is probably because they found an ally in the Reformers.

According to John Calvin's successor Theodore Beza, the Vaudois received the Scriptures from missionaries of Antioch of Syria in the 120's A.D. They were translated into their native Latin tongue by 157 A.D. Now the "Vaudois" textual transmission stretches from about 157 to the 1400's A.D. This Bible was passed down from generation to generation, until the Reformation of the 1500's, when the Protestants translated the Vaudois Bible (Latin Text) into French, Italian, etc. This Bible carried heavy weight with the Reformers. John Wesley and Jonathan Edwards believed, as most of the Reformers, that the Vaudois were the descendants of the true Christians, and that they preserved the Christian faith for the Bible-believing Christians today.

In all legends there is an element of truth. The legend of the Vaudois and the Bible is one that invites intrigue, but many of the documents Beza and others of his day had on hand have been lost. Therefore, we can only take their word for it, or take the word of modern scholars who have less evidence and are far more skeptical. Why did historians conflate the Vaudois with the Waldensians? I don't know for sure. My inner conspiracy theorist wonders if there was something to cover up. That being said, it is anybody's guess.
Bible Text Criticism Church History History Vaudois