Calvinism? Is It Something We Should Be Concerned About?

- April 30, 2019
I live in a part of the world that is probably 20 years or so behind everyone else. In some ways that is good, and in others it isn't so much. In rural south Arkansas, there is a plethora of Baptist Churches. 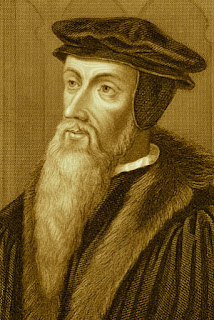 Many of them are barely hanging on, while some have remained healthy. We also have some of the other denominations around like your Methodists, Presbyterians, Lutherans (barely), and Episcopalians. We also have a Roman Catholic presence, but I am only familiar with a few that go there. The closest Eastern Orthodox Church is in Shreveport, and I have met a few that drive down there to worship. Now if you aren't familiar with Baptists, there are at least 57 different kinds of Baptists in North America last time I counted, and that was a while ago. I suppose the thrust of this piece will be to ask the question: "Should we be concerned with Calvinism within the Baptist Church?" The truth is that it has come to be a controversial topic among some within Missionary and Southern Baptist ranks. There have even been churches leave our Baptist association under the false notion that the church I attend teaches Calvinism, which it doesn't. Gossip is a terrible sin and certainly needs to be addressed.

Personally, I am hesitant to adopt a Theological System, and that is mainly because they are feeble attempts to explain something and Someone much greater than us based on our limited knowledge. Now don't get me wrong, I love Systematic Theology and think that it can be helpful in many ways. The downside of it is that when some who tend to be immature in their faith get a hold of it, the subjects tend to be a breeding ground for sectarianism within Christian ranks rather than an edifying discussion to challenge and build up the church. In the letter of 1 Corinthians, Paul addressed a similar problem:

"1 And I, brothers, could not address you as spiritual, but as fleshly, as infants in Christ. 2 I fed you with milk, not solid food, for you weren't yet ready. And even now you are still not ready, 3 for you are still fleshly. For insofar as there is jealousy and strife among you, are you not fleshly, and living by human standards? 4 For when one says, "I follow Paul," and another, "I follow Apollos," are you not as mankind? 5 What then is Apollos? And what is Paul? Servants through whom you believed, and each as the Lord gave to him. 6 I planted. Apollos watered. But God made it grow. 7 So then neither he who plants is anything, nor he who waters, but God who makes it grow." 1 Corinthians 3:1-7


Not much farther down in the Letter, Paul said the following:

"Now these things, brothers, I have in a figure transferred to myself and Apollos for your sakes, that in us you might learn not to go beyond the things which are written, that none of you be puffed up against one another." 1 Corinthians 4:6

"Knowledge puffs up, but love builds up." 1 Corinthians 8:1b

You see, the early Christians saw sectarianism within their ranks as sinful and a sign of immaturity. Now I am not citing differences of opinion when it comes to doctrine, but rather sectarianism which leads to disunity and division. Brothers and sisters in Christ can disagree on a subject and not divide. The core doctrines of the faith are laid out in the three main ecumenical creeds which are the Apostles Creed, the Nicene Creed, and the Athanasian Creed. If you are good with those, you should consider yourself a Christian, and you should consider anyone who believes in the content presented in those three ancient creeds a Christian.

So what does this have to do with Calvinism? Well, within Baptist ranks, Calvinism has been a hot topic. I have seen Reformed (Calvinistic) Baptists and Traditionalist Baptists go at it on the Internet and elsewhere over the doctrines of election and predestination. Being raised in the Lutheran Tradition and then going Agnostic before becoming a Baptist, I tend to bring to the table my own presuppositions as well. So what are the texts in question? There is a whole host of them. Every group has their proof texts you know. If you are interested in looking at the proof texts, I recommend going to this link to find them. My personal view is somewhere in the middle between Traditionalists and Reformed groups. I am more interested in what we "can know" and less interested in trying to figure it all out. The church I attend is filled mostly with Traditionalist Baptists, but we do have a few that lean more toward Reformed Theology. What is sad is what I mentioned above about gossip. There are rumors that have been spread about my church that it is a "Calvinist Church" because of the handful of Reformed leaning Baptists in it. I know a few in my church that would take offense to such a label. The sad thing is that the people who spread such rumors have neither been to our church, nor have they tried to speak with those with whom they disagree. The funny thing is that a "true Calvinist wouldn't call those Reformed Baptist brethren Calvinist anyway." The truth is, I really like a lot of reformed teachers. If you look at my bookshelf, it has a large number of works from Reformed preachers and teachers. It also has a lot who don't lean that way.

So what do I believe? I tend to agree with the Hebrew scholar Dr. Michael Heiser, who states in summary that

"The short version of all this: All I’m really saying is that God foreknows all events, predestinates certain (but not all) events, and is not responsible for sin and evil."


Calvinists try to push "everything" under the decree of God while many traditionalists try to push it all under "man's choice" or "free will." I have problems with both Theological traditions, but I don't get offended at them. I am a bigger fan of unity and learning progressively in the church than standing idealistically on a tradition and ostracizing anyone who disagrees with my cherished idealism. There is a lot we can learn within the Baptist Tradition from both Calvinistic Baptists and Traditionalistic Baptists. So my appeal to both of these groups is to strive for unity and patience, because our Lord taught us that patience is a fruit of love.

"4 Love is patient and is kind; love does not envy. Love does not brag, is not proud, 5 does not behave itself inappropriately, does not seek its own way, is not irritable, does not keep a record of wrongs; 6 does not rejoice in unrighteousness, but rejoices with the truth; 7 bears all things, believes all things, hopes all things, endures all things. 8 Love never fails. But where there are prophecies, they will be done away with. Where there are tongues, they will cease. Where there is knowledge, it will be done away with. 9 For we know in part, and we prophesy in part; 10 but when that which is complete has come, that which is partial will be done away with. 11When I was a child, I spoke as a child, I felt as a child, I thought as a child. Now that I have become an adult, I have put away childish things. 12 For now we see in a mirror, dimly, but then face to face. Now I know in part, but then I will know fully, even as I was also fully known. 13 But now faith, hope, and love remain—these three. The greatest of these is love." 1 Corinthians 13:4-13