My Personal Journey: How Are We Supposed To Live With Textual Variants in Our Bibles? Part 1 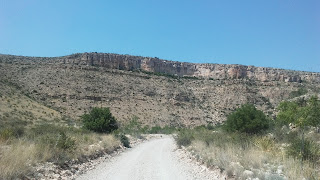 Many Christians aren't aware of the variants between Bible Manuscripts in the Old and New Testaments. There is also a lot of misunderstanding and misinformation out there about this issue. In fact, there is misinformation from Christians as well as non-Christians. The issue isn't just a theological issue, but a scientific, historic, and philosophic one also. 1 Corinthians 8:1b says:

"Knowledge puffeth up, but charity edifieth."


Thomas Gray (1716-1771 A.D.) coined the phrase: "Ignorance is bliss" in his 18th century ode named "Ode on a Distant Prospect of Eaton College." The full quote is as follows:

"where ignorance is bliss, 'Tis folly to be wise."


Even the great King Solomon said:

" For in much wisdom is much grief: and he that increaseth knowledge increaseth sorrow." Ecclesiastes 1:18 KJV

" The fear of the Lord is the beginning of wisdom: and the knowledge of the holy is understanding." Proverbs 9:10 KJV


The knowledge of evil does bring much sorrow and grief. When Adam and Eve disobeyed God in the garden, there was a lot of sorrow given to them and everyone after. The world is grievous because of the sorrow that comes through discerning between good and false knowledge. So for the Christian, faith is the source of how to overcome this dilemma.


The solution first seems to be that we have to be born of God first, and then our faith that comes through grace will overcome. But sometimes it doesn't look that way, and the process to hold on to faith and belief is a difficult one. So how does this relate to Bible manuscripts and translations? Well, for believers, the teachings of the Apostles and Prophets are our source for specific knowledge concerning God. It is the task of the church to preserve and maintain this heritage, but some things went awry somewhere. I would like to tell you my story and journey so far.

I was raised in the Lutheran Church Missouri Synod in the 1980's and 1990's. During that time, the Bible translation of choice was the 1984 edition of the New International Version (NIV). I remember reading and studying it when I was growing up. My Mom even bought an audio cassette version of the New Testament, and I listened to it often. My grandparents gave me a King James Version (KJV), and while I would refer to it once in a while, I didn't use it much due to the Old English. The structure was foreign to my own way of speaking English so it didn't appeal to me at all. Most people when you commend the KJV to them will tell you that. Later on I discovered the reason why the Translators of the KJV used Old English and not Early Modern English for their English translation. The main reason is that Old English was structured more like Koine Greek, and since most English speakers didn't know Greek, it was a perfect way for us to understand better the structure and what was meant by the Greek speaking people. One example is that Greek has singular and plural pronouns, Old English does as well, but Modern English does not. We use the same pronouns for singular and plural. For more on this follow the link to The Authorised Version: Not Archaic, But An Accurate And Timeless Translation and listen to the sermon. It is very informative. By the way, the British call the King James Version: The Authorized Version or AV. So if you hear that, you will know that they are one in the same.

It took a while before I became aware of the differences between the translations and the source Greek and Hebrew Texts from which they came. Around high school I became a nominal Christian (in name only), and eventually fell into being an agnostic for a while. During that time, I didn't have any problem believing in God, but I struggled with the exclusive claims of the different world faiths. It took a friend being killed when I was in high school to awaken me to the brevity and vanity of life on this earth. That event got me to asking the big questions in life. Sure, I had been taught through the Lutheran Church, Confirmation, and various other mean the Christian way, but at that time I wasn't convinced. It didn't matter to me how sincere someone was to me about it, I just didn't buy it. My search began, but I didn't come back to the Christian faith until I was in my 20's.

I came back to this issue of Bible texts after my conversion back to Christianity in College through a Baptist Student Organization called the Association of Baptist Students (ABS). Not long after my conversion, I was approached by a friend who was a KJV Onlyist and he introduced me to the differences between the Bible Manuscripts of the New Testament and the translation issues as well. It wasn't until later that I discovered the issues with the Old Testament. I first subscribed to the conspiracy theories of the KJV only movement thinking: "How can they so easily corrupt the Bible like that?!" I was taught the doctrines of inerrancy and infallibility in a fundamentalist Missionary Baptist Church, so my understanding wasn't very accurate. I devoured many old books and quite a few KJV only writers. It wasn't until later that I discovered that there was a difference between KJV onlyism and those who only promote the authenticity of the Traditional Text of the New Testament. In fact, later I would subscribe to the Traditional Text Movement, which is much more reasonable.

My discipleship was messy, long, and drawn out. Not only my Bibliology, but all of my Theological positions changed and moved as I grew in knowledge. The trouble I had, and still have today is sometimes knowing what to keep and what to throw out. Sometimes it's easy and obvious, but many times its is difficult and strenuous. The Bible, people, and church history is messy, and it takes time, prayer, and guidance by the local church to help in this journey. I plan to continue the story in my next post. What I will encourage you to do is to use all of the English translations at your disposal (Unless you know Greek and Hebrew). Regardless of how good a translation is, the translators of all versions sometimes miss things when they translate, and you can gain a lot of insight by consulting many different translations. I may touch more on that issue soon. Until then:

" Deep peace of the Son of Peace to you. May the road rise to meet you; May the wind be always at your back; May the sun shine warm upon your face; May the rains fall softly upon your fields." A Celtic Blessing