My Personal Journey: How Are We Supposed To Live With Textual Variants in Our Bibles? Part 2 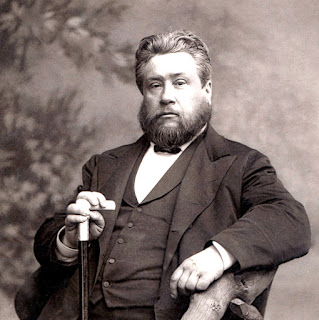 "Thoughtful minds anxiously desire some fixed point of belief. The old philosopher wanted a fulcrum for his lever, and believed that if he could only obtain it he could move the world. It is uncomfortable to be always at sea; we would fain discover terra firma, and plant our foot upon a rock. We cannot rest till we have found out something which is certain, sure, settled, decided, and no longer to be questioned. Many a mind has peered into the hazy region of rationalism, and has seen nothing before it but perpetual mist and fog, and, shivering with the cold chill of those arctic regions of skepticism, it has yearned for a clearer light, a warmer guide, a more tangible belief. This yearning has driven men into strange beliefs. Satan, seeing their ravenous hunger, has made them accept a stone for bread." By Charles Haddon Spurgeon Dec 20, 1874 Scripture: Matthew 4:4 Sermon No. 1208 From: Metropolitan Tabernacle Pulpit Volume 20

I'll eventually get back to my own story, but there are some things I think you need to know. People today want a sure thing, a guarantee, something solid like a rock to lean on in times of trouble. This is especially true when we think of God and the Bible, which is His written message to us. The whole thrust of the Reformation was "Ad Fontes" or "Back to the sources." Martin Luther latched on to Desiderius Erasmus's New Testament, which was compiled by him using what he thought in his well educated mind was the best and most accurate group of witnesses available to him at the time. The Latin Vulgate had been the Scriptures of choice in the Western world since Jerome. However, the Eastern Orthodox Church had used Greek sources for their Scriptures since the early church, and that is where Erasmus got most of his sources. The Byzantine Empire had been toppled and overrun by Ottoman Turks, and many Eastern Christians were bringing their Greek manuscripts with them to Western Europe. Erasmus seized the opportunity to compile a Greek New Testament for the Western Church. Scholar, Dr. H.J. De Jonge published a work titled "Erasmus and the Comma Johanneum which is an extremely insightful and helpful source into the man Erasmus and the disputed text of 1 John 5:7. In De Jonge's published work, he specified that Erasmus was offered Codex Vatacanus, which we know has been in the Vatacan Library since the 1400's at least. Vatacanus is one of the primary texts used for the Modern Critical Text of the New Testament originally compiled by B.F. Wescott and F.J.A. Hort and tweaked throughout the years by a host of Christian and secular scholars. Dr. De Jonge stated in his work that Erasmus knew of Vatacanus, but would not use the manuscript because it was a "Latinized text." Erasmus knew Koine Greek "very" well and was convinced in his mind that Vatacanus had a Latin influence that somehow didn't make it worthy to add into the mix of his compiled Greek New Testament.
After the days of Erasmus, Luther, Calvin, and the mass number of Reformers, Protestants held to the Traditional Text of the New Testament firmly. Protestants began to make translations in their own languages. Casiodoro de Reina translated the Bible into Spanish, Luther into German, and many French translations were made. In the English speaking world many good translations were made starting with the famous William Tyndale who was burned at the stake for it. There were many English translations from the era of Tyndale all the way to the Authorized Version or now known to everyone in North America as the King James Version. Everyone in the known world from the Reformation up to the 19th century had been taught that the "sources" were reliable. However, some German rationalists and a couple of English Anglican Priests decide to throw the whole thing into question. B.F. Wescott and F.J.A. Hort were natural skeptics, and didn't think that the Traditional Text of the New Testament was entirely accurate. Now there had been some inside debates and discussions among Protestants about some of the Manuscripts that had issues like 1 John 5:7 and a few others, but for the most part, the Churches were content with the Manuscripts and translations they had. They at least knew that the ones in use had been the primary source for Greek churches at least 2/3 of the time since the establishment of the Church. However, due to a discovery of Greek Manuscripts by a German Archaeologist named Constantin von Tischendorf at Saint Catherine's Monastery, (which is located at the Traditional site of Mount Sinai) the perspective of Wescott, Hort, and a handful of other scholars began to solidify their skepticism of the Traditional Greek New Testament. Tischendorf discovered what we know today as Codex Sinaiticus. Sinaiticus and Vatacanus are the two primary sources for the preferred Greek New Testament used today for all of our Modern New Testaments. Wescott and Hort were like the small rocks that begin to fall down a mountain before a rock slide. It took a little over 100 years, but the Traditional New Testament has finally been replaced. I just wonder at what cost? The late 19th and all during the 20th century was a battleground for Protestants, Catholics, and Secularists concerning the Bible. There were many casualties and skeptics made during that time. Many of them are still with us today. The toppling of the Bible as a solid and reliable authority has been one of the things that has resulted in Postmodernism. Modernism, which began in the 17th century and didn't infiltrate the church until the 18th century is the philosophy that influenced the minds of Wescott, Hort, and a host of other scholars. Postmodernism, which is the dominant philosophy today is the child of that movement. Now there are many Modern thinking Christian scholars defending the Bible and its reliability today, but the idea of reliability that they lean on was given by people like Charles Spurgeon and many from the Reformation into the 20th century. The difference between Spurgeon, the Reformers, and Modern defenders of the Bible is their philosophy. The Reformers, the framers of the Westminster Confession of Faith, and the 1689 Baptist Confession of faith, along with Charles Spurgeon, and most Bible believing Christians who existed on into the 20th century held to the idea that the Bible had been "kept pure in all ages." Christian scholars, preachers, and teachers today would say "no."
Bible Text Criticism Hard Texts