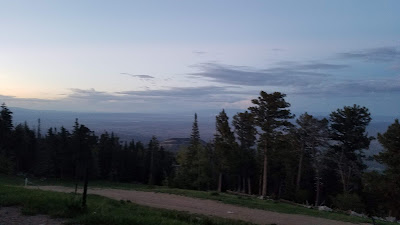 
1 After this Job opened his mouth, and cursed his day, 2 saying: "3 Let the day perish in which I was born, and that night in which they said: "Behold a man-child!" 4 Let that night be darkness, and let not the Lord regard it from above, neither let light come upon it. 5 But let darkness and the shadow of death seize it; let blackness come upon it; 6 let that day and night be cursed, let darkness carry them away; let it not come into the days of the year, neither let it be numbered with the days of the months. 7 But let that night be pain, and let not mirth come upon it, nor joy. 8 But let him that curses that day curse it, even he that is ready to awaken Leviathan. 9 Let the stars of that night be darkened; let it remain dark, and not come into light; and let it not see the morning star arise: 10 because it did not shut up the gates of my mother's womb, for so it would have removed sorrow from my eyes. 11 For why did I not die in the womb? and why did I not come out of the womb and die immediately? 12 and why did the knees support me? and why did I nurse the breasts? 13 Now I should have laid down and been quiet, I should have slept and been at rest, 14 with kings and counselors of the earth, who gloried in their swords; 15 or with rulers, whose gold was abundant, who filled their houses with silver: 16 or I should have been as a premature birth proceeding from his mother's womb, or as infants who never saw light. 17 There the ungodly have burned out the fury of rage; there the wearied in body rest. 18 And the men of old time have together ceased to hear the tax collector's voice. 19 The small and great are there, and the servant that feared his lord. 20 For why is light given to those who are in bitterness, and life to those souls which are grieving? 21 who desire death, and do not obtain it, digging for it as for treasures; 22 and would be very joyful if they should gain it? 23 Death is rest to such a man, for God has hedged him in. 24 For my groaning comes before my food, and I weep being overrun with terror. 25 For the terror which I thought about has come upon me, and that which I had feared has fallen on me. 26 I was not at peace, nor quiet, nor did I have rest; yet wrath came upon me."

1  After this Job opened his mouth, and cursed the day of his birth. 2  And Job spoke, and said: 3  "Let the day perish wherein I was born, and the night in which it was said: "There is a man child conceived!" 4  Let that day be dark; let not God regard it from above, neither let the light shine on it. 5  Let darkness and the shadow of death stain it; let a cloud dwell upon it; let the blackness of the day terrify it.6 As for that night, let darkness seize upon it; let it not be joined unto the days of the year, let it not come into the number of the months. 7  Look, let that night be solitary, let no joyful voice come from it. 8 Let them curse it that curse the day, who are ready to raise up their mourning. 9  Let the stars of the twilight thereof be dark; let it look for light, but have none; neither let it see the dawning of the day:10  Because it did not shut up the doors of my mother’s womb, nor hid sorrow from mine eyes.
11  Why did I not die in the womb? why did I not give up the ghost when I came out of the belly? 12  Why did the knees prevent me? or why the breasts that I should nurse? 13  For now I should have laid still and been quiet, I should have slept: then I would have been at rest, 14  With kings and counselors of the earth, who built desolate places for themselves; 15  Or with princes that had gold, who filled their houses with silver: 16  Or as a hidden untimely birth I had not been; as infants which never saw the light. 17  There the wicked cease from troubling; and there the weary be at rest. 18  There the prisoners rest together; they do not hear the voice of the oppressor. 19  The small and great are there; and the servant is free from his master.
20  Wherefore is light given to him that is in misery, and life unto the bitter in soul; 21  Who long for death, but it does not come; and dig for it more than for hidden treasures; 22  Who rejoice exceedingly, and are glad, when they can find the grave? 23  Why is light given to a man whose way is hidden, and whom God has hedged in? 24  For my sighing comes before I eat, and my groanings are poured out like the waters. 25  For the thing which I greatly feared has come upon me, and that which I was afraid of has come to me. 26  I was not in safety, neither did I have rest, neither was I quiet; yet trouble came."