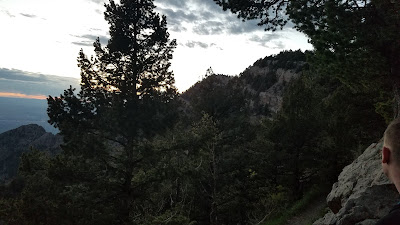 1 Then Eliphaz the Temanite answered and said: "2 Have you been spoken to often while in distress? but who will endure the force of your words? 3 For whereas you have instructed many, and have strengthened the hands of the weak one, 4 and have supported the failing with words, and have imparted courage to feeble knees. 5 Yet now that pain has come upon you, and touched you, you are troubled.6 Is not your fear founded in folly, your hope also, and the mischief of your way? 7 Remember then who has perished, being pure? or when were the true-hearted utterly destroyed? 8 Accordingly as I have seen men plowing barren places, and they that sow them will reap sorrows for themselves. 9 They shall perish by the command of the Lord, and will be utterly consumed by the breath of his wrath. 10 The strength of the lion, and the voice of the lioness, and the exulting cry of serpents are quenched. 11 The old lion has perished for want of food, and the lions' cubs have forsaken one another. 12 But if there had been any truth in your words, none of these evils would have fallen on you. Will my ear not receive excellent revelations from him? 13 But as when terror falls upon men, with dread and a sound in the night, 14 horror and trembling seized me, and caused all my bones greatly to shake. 15 And a spirit came before my face; and my hair and flesh quivered. 16 I arose and perceived it not: I looked, and there, was no form before my eyes: but I only heard a breath and a voice, saying, '17 What, shall a mortal be pure before the Lord? or a man be blameless in regard to his works?" 18 Whereas he does not trust in his servants, and perceives perverseness in his angels. 19 But as for them that dwell in houses of clay, of whom we also are formed of the same clay, he smites them like a moth. 20 And from the morning to evening they no longer exist: they have perished, because they cannot help themselves. 21 For he blows upon them, and they are withered: they have perished for lack of wisdom.'

1  Then Eliphaz the Temanite answered and said: 2  "If we evaluate to commune with you, will you be grieved? but who can withhold himself from speaking?3  Behold, you have instructed many, and you have strengthened the weak hands. 4  Your words have held up him that was falling, and you have strengthened the feeble knees. 5  But now it is come upon you, and you faint; it touches you, and you are troubled. 6  Is not this your fear, your confidence, your hope, and the uprightness of your ways?
7  Remember, I pray, who ever perished, being innocent? or where were the righteous cut off? 8  Even as I have seen, they that plow iniquity, and sow wickedness, reap the same. 9  By the breath of God they perish, and by the breath of his nostrils they are consumed. 10  The roaring of the lion, and the voice of the fierce lion, and the teeth of the young lions, are broken. 11  The old lion perishes for lack of prey, and the stout lion’s cubs are scattered abroad.
12  Now a thing was secretly brought to me, and my ear received a little of it. 13  In thoughts from the visions of the night, when deep sleep falls upon men, 14  Fear came to me, and trembling, which made all my bones shake. 15  Then a spirit passed before my face; the hair of my flesh stood up: 16  It stood still, but I could not discern the form of it: an image was before my eyes, there was silence, and I heard a voice, saying: 17  'Shall mortal man be more just than God? shall a man be more pure than his maker? 18  Behold, he put no trust in his servants; and his angels he charged with folly: 19  How much less in them that dwell in houses of clay, whose foundation is in the dust, which are crushed like a moth? 20  They are destroyed from morning to evening: they perish forever without anyone regarding it. 21  Does not their excellency which is in them go away? They die, even without wisdom.'

Bible Translation The Book of Job