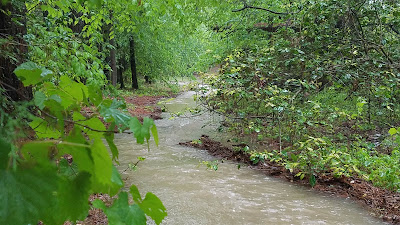 "And I, brethren, could not speak unto you as unto spiritual, but as unto carnal, even as unto babes in Christ. I have fed you with milk, and not with meat: for hitherto ye were not able to bear it, neither yet now are ye able. For ye are yet carnal: for whereas there is among you envying, and strife, and divisions, are ye not carnal, and walk as men? For while one saith, I am of Paul; and another, I am of Apollos; are ye not carnal? Who then is Paul, and who is Apollos, but ministers by whom ye believed, even as the Lord gave to every man? I have planted, Apollos watered; but God gave the increase. So then neither is he that planteth any thing, neither he that watereth; but God that giveth the increase. Now he that planteth and he that watereth are one: and every man shall receive his own reward according to his own labour. For we are labourers together with God: ye are God's husbandry, ye are God's building. According to the grace of God which is given unto me, as a wise masterbuilder, I have laid the foundation, and another buildeth thereon. But let every man take heed how he buildeth thereupon. For other foundation can no man lay than that is laid, which is Jesus Christ." 1 Corinthians 3:1-11

Now right off someone may say: "Well now, haven't you forgotten that Romans 8:13 says: "For if ye live after the flesh, ye shall die: but if ye through the Spirit do mortify the deeds of the body, ye shall live.?" Which I will respond of course not. But Paul's reference in Romans 8:13 is telling us that those who choose the path of carnality without any resistance will not live, for a man who chooses to follow the broad path of the world has chosen pleasure without God and therefore the path which leads to death. However, Paul's writing in 1 Corinthians 3:1-11 is giving us a picture of how "Sanctification" looks. While we would love to display perfection and wholeness the first day we commit ourselves to Christ and His Kingdom, we are far from perfection and wholeness. The Corinthian Church during the time Paul wrote his first letter to them was a young assembly full of newcomers to the faith. Some Fundamentalist preachers would like us to think that the growing Christian should be perfected instantly, but the Bible tells us differently and this slow process has been the experience of all believers throughout the ages. Our commitment to God and His Kingdom is the beginning of a grand and difficult journey, which will involve pitfalls and near destruction. The Christian is filled with the Spirit of God, but he must walk that difficult and narrow path of sanctification, which is part of his purification. It is a sort of "rite of passage."
Have you ever been told about the Cherokee right of passage for boys to begin their journey into manhood? My grandmother's grandmother was Cherokee. She was raised on the reservation in Oklahoma and grew up in the Pentecostal tradition, which was common for many Oklahoma Cherokee in her day. Most of my lineage is European, but because of the Cherokee connection, I have always been fascinated with their culture and traditions. I find it interesting how they raised their children and lived off of the land. We certainly could learn a few things.
The Cherokee rite of passage for young men is a fascinating and helpful illustration of how God raises us as we come into our own inheritance. The Cherokee youth's father takes him into the forest, blindfolds him, and leaves him alone. He is required to sit on a stump the whole night and not remove the blindfold until the rays of the morning sun warm his face and lighten his eyes. He cannot call for help, remove the blindfold, or fall asleep. He is charged with sitting at his post blindfolded all night like a soldier guarding his post. Once he survived the night, he would be considered a grown man with all of its responsibilities.

The youth is not allowed to tell the other young men of his experience afterward. The test is not only a test of his manhood, but also a sacred test reserved for men alone. During the night the youth would almost always be afraid. He could hear all kinds of noises, and most of them were uncertain. When the eyes are covered, other senses are heightened. Wild animals were all around him, and the threat of mankind was always a possibility.

Regardless of what threat could assail him, he was charged with sitting on that stump all night without moving a muscle. No matter how tired he was or what fearful noise came to his ear, he was suppose to fight his fear and cling to his mission.
Finally, after a difficult night, the sun would appear in all of its glory, and the young man was then allowed to remove his blindfold. It was then that he discovered his father sitting on the stump next to him. Dad would have been at watch the entire night, protecting his son from harm.
In a sense we are blindfolded, unable to see through the veil that separates us from what we call the "unseen world." What we see in this life are like the noises the young Cherokee brave would hear while blindfolded. They are fearful, anxious, and even alluring things that make us want to "sell out" and quit. Unfortunately some do, which is why Jesus told the parable of the soils (Matthew 13:3-9 & 18-23/ with passages in Mark and Luke also). When we come to the end of this test we call "life," Christians will find that their Father was sitting there the whole time, protecting them and watching over them.
All believers start out carnal, and have to learn how not to be. It is usually a slow process that involves a great deal of love and patience from those who are more mature. Sadly, most Christians seem to get stuck in carnality. They usually are deceived and led into a life of unbridled sensuality, which will take them into harmful and even perilous sins; Or, they will fall the other direction into a life of hard legalism, which usually results in endless debating, confusion, and possibly doubt. I have fallen into both, and strive to stay away from them as much as possible. The comfort that I cling to in this journey are the promises of God. Promises that tell us God will complete what He has started. It seems like we are alone in this world, but God our Father is there with us, protecting us from harm.
Bible Study Father