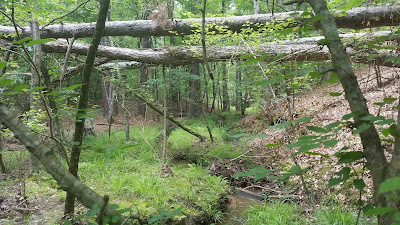 Over the last 100 years or so, many scholars have chosen μονογενης θεος (Only begotten God) as the preferred reading for John 1:18. This is due to the fact that the two oldest Greek texts available to us today that contain John 1:18 have this phrase in it instead of the traditional reading μονογενης υιος (Only begotten Son), which is present in most Greek manuscripts available.
There has been somewhat of a backlash in the scholarly world concerning this text, and many are rethinking their choice to use μονογενης θεος even thought it is consistent with the overall textual theory used by critics since the late 1800's. The principles of Text Criticism have required scholars to prefer the harder reading and the oldest no matter the ramifications. Most translations lately have chosen to ignore the variants all together and wash out the controversy by translating the phrase "only Son, " "the one and only Son,"or something like that. However, the beloved NASB comes right out and translates the phrase "the only begotten God." Codex Vatacanus and Codex Sinaiticus, where most of the variant readings that changed the Bibles of the modern and postmodern West, both contain μονογενης θεος. This reading is Gnostic in origin, and I have a reference to make that connection. You may have heard of the Nag Hammadi texts discovered in the 1940's. These texts are Gnostic works that contain the altered texts Gnostics created to promote their own doctrines. Some of them are edited Scriptures, and some of them are independent works. Eusebius stated the following concerning the Gnostics and other Ancient heretical groups from the first century up until the fourth century:

"They have not hesitated to corrupt the word of God; they have treated the standard of the primitive faith with contempt; they have not known Christ. Instead of asking what Holy Scripture says, they strain every nerve to find a syllogistic figure to bolster up their godlessness. If anyone challenges them with a text from Divine Scripture, they examine it to see whether it can be turned into a conjunctive or disjunctive syllogistic figure. They put aside the sacred word of God, and devote themselves to geometry – earth-measurement – because they are from the earth and speak from the earth, and do not know the One who comes from above.1 Some of them give all their energies to the study of Euclidean geometry, and treat Aristotle and Theophrastus with reverent awe; to some of them Galen is almost an object of worship. When people avail themselves of the arts of unbelievers to lend colour to their heretical views, and with godless rascality corrupt the simple Faith of Holy Writ, it is obvious that they are nowhere near the Faith. So it was that they laid hands unblushingly on the Holy Scriptures, claiming to have corrected them. In saying this I am not slandering them, as anybody who wishes can soon find out. If anyone will take the trouble to collect their several copies and compare them, he will discover frequent divergencies; for example, Asclepiades’ copies do not agree with Theodotus’. A large number are obtainable, thanks to the emulous energy with which disciples copied the ‘emendations’ or rather perversions of the text by their respective masters. Nor do these agree with Hermophilus’ copies. As for Apolloniades, his cannot even be harmonized with each other; it is possible to collate the ones which his disciples made first with those that have undergone further manipulation, and to find endless discrepancies. The impertinence of this misconduct can hardly be unknown even to the copyists. Either they do not believe that the inspired Scriptures were spoken by the Holy Spirit – if so, they are unbelievers; or they imagine that they are wiser than He – if so, can they be other than possessed? They cannot deny that the impertinence is their own, seeing that the copies are in their own handwriting, that they did not receive the Scriptures in such a condition from their first teachers, and that they cannot produce any originals to justify their copies. Some of them have not even deigned to falsify the text, but have simply repudiated both Law and Prophets, and so under cover of a wicked, godless teaching have plunged into the lowest depths of destruction." Eusebius. The History of the Church from Christ to Constantine (Classics) (pp. 177-178). Penguin Books Ltd. Kindle Edition.

The Valentinian Gnostics loved the works of John, and never hesitated to alter them when possible. The Apocryphon of John and the Trimorphic Protennoia are two major works that try to reflect the writings of John. The Trimorphic Protennoia is the only other document in antiquity that contains  μονογενης θεος aside from Codex Vatacanus and Codex Sinaiticus. Here is an excerpt:

Now the Voice that originated from my Thought exists as three permanences: the Father, the Mother, the Son. Existing perceptibly as Speech, it (Voice) has within it a Word endowed with every <glory>, and it has three masculinities, three powers, and three names. They exist in the manner of Three ... -- which are quadrangels -- secretly within a silence of the Ineffable One.

It is he alone who came to be, that is, the Christ. And, as for me, I anointed him as the glory of the Invisible Spirit, with goodness. Now the Three, I established alone in eternal glory over the Aeons in the Living Water, that is, the glory that surrounds him who first came forth to the Light of those exalted Aeons, and it is in glorious Light that he firmly perseveres. And he stood in his own Light that surrounds him, that is, the Eye of the Light that gloriously shines on me. He perpetuated the Father of all Aeons, who am I, the Thought of the Father, Protennoia, that is, Barbelo, the perfect Glory, and the immeasurable Invisible One who is hidden. I am the Image of the Invisible Spirit, and it is through me that the All took shape, and (I am) the Mother (as well as) the Light which she appointed as Virgin, she who is called 'Meirothea', the incomprehensible Womb, the unrestrainable and immeasurable Voice.

Then the Perfect Son revealed himself to his Aeons, who originated through him, and he revealed them and glorified them, and gave them thrones, and stood in the glory with which he glorified himself. They blessed the Perfect Son, the Christ, the only-begotten God (μονογενης θεος). And they gave glory, saying, "He is! He is! The Son of God! The Son of God! It is he who is! The Aeon of Aeons, beholding the Aeons which he begot. For thou hast begotten by thine own desire! Therefore we glorify thee: ma mo o o o eia ei on ei! The Aeon of Aeons! The Aeon which he gave!"

I find it strange that for years skeptics of Codex Vatacanus and Codex Sinaiticus have speculated that they contain Gnostic corruptions and have been written off by most scholars as being "conspiracy theorists" or "zealots for tradition." However, how can such a clear link be displayed and believing scholars not take notice? Scholars who do not believe have no problem mingling orthodox readings with heretical ones. This is what happens when we "cast our pearls before swine and give what is holy to the dogs" (Matthew 7:6). I have heard that scholars at least are rethinking their acceptance of μονογενης θεος as an acceptable choice. I personally hope they will. Scholars since the Enlightenment have treated the Holy Scriptures like the mad scientist building Frankenstein in the lab. There are good arguments to believe in God's divine preservation of the Bible, and that what we had until the meddling of the modern age was sufficient. I have personally chosen in this instance to stay with tradition. I hope you will as well. God bless!